US & NATO May Intervene In Libya

CNN -- If the U.S. military were to intervene in an increasingly chaotic Libya, it would most likely be part of a NATO action in which Libyan bloodshed has... 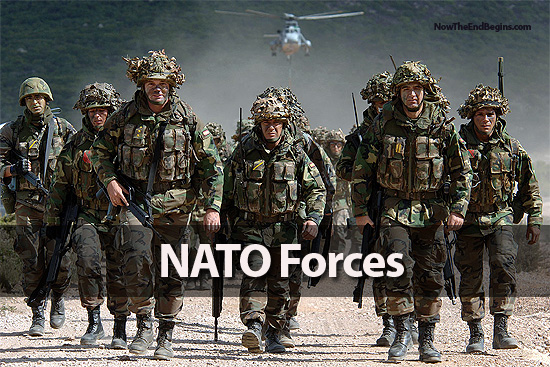 US and NATO may step in to help Libyans

CNN — If the U.S. military were to intervene in an increasingly chaotic Libya, it would most likely be part of a NATO action in which Libyan bloodshed has reached a humanitarian crisis, analysts said Thursday.  As reports emerged Thursday about deadly clashes between leader Moammar Gadhafi’s forces and anti-government protesters in the town of Zawiya near Tunisia, analysts highlighted how Gadhafi has already pledged to fight a rebellion to martyrdom. Military intervention “is something which I hope doesn’t happen, but it looks as though at some point that it should happen,” said Simon Henderson, senior fellow at the Washington Institute for Near East Policy.

“What’s an acceptable number of civilian deaths? I don’t know. Choose your figure,” Henderson said. “At the very least, instead of having a casualty list certainly in the hundreds, possibly in the thousands, we don’t want a casualty list numbering in the tens of thousands, or 100,000 or so.” After 10 days of protest, Gadhafi has lost control of the eastern portion of a country he has ruled for 42 years, and analysts portrayed him as a dictator desperately clinging to power. Members of his government have defected, and in a sign of growing international pressure, Switzerland ordered Thursday that Gadhafi’s assets be frozen. “You’ve got to assume the worst about Moammar Gadhafi,” Nicholas Burns, a professor at Harvard Kennedy School and former under secretary of state between 2005 and 2008, told CNN. “With his back to the wall, he’s going to go out in a blaze of vicious attacks.” source – CNN