The United Nations Human Rights Council adopted a landmark resolution for LGBT rights during its 27th session on Friday, the second-ever motion of its kind.... 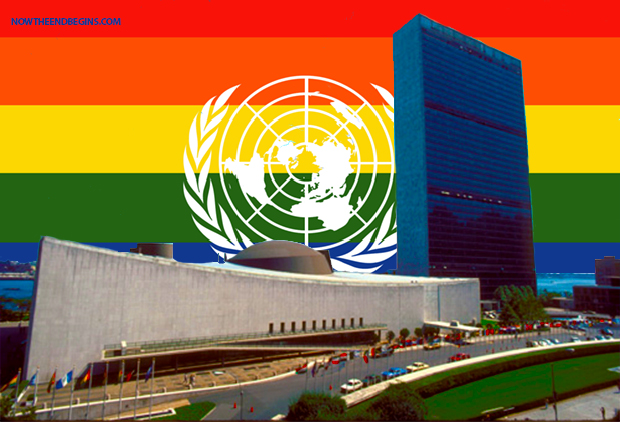 Professing themselves to be wise, they became fools

The United Nations Human Rights Council adopted a landmark resolution for LGBT rights during its 27th session on Friday, the second-ever motion of its kind. The resolution, which was heavily promoted by the U.S., was sponsored by Uruguay, Colombia, Brazil and Chile. Countries from every geographic region in the world joined as supporters.

Not all of the reaction to the resolution was positive: Pakistan’s representative to the U.N. Human Rights Council called it a “divisive and controversial initiative.”

The action, which passed by a 25-14 vote margin after more than an hour of debate, condemns violence and discrimination on the basis of sexual orientation or gender identity across the globe.

“We are pleased to see that today the international community is visibly and publicly upholding the rights of LGBT individuals, and thereby we demonstrate ourselves as a global community respecting the rights of all,” said Ambassador Keith Harper, who represents the U.S. on the U.N. Human Rights Council.