The right to own, buy, sell, trade, or transfer all means of armed resistance, including handguns, is denied to civilians by this section of the Arms Trade Treaty.... 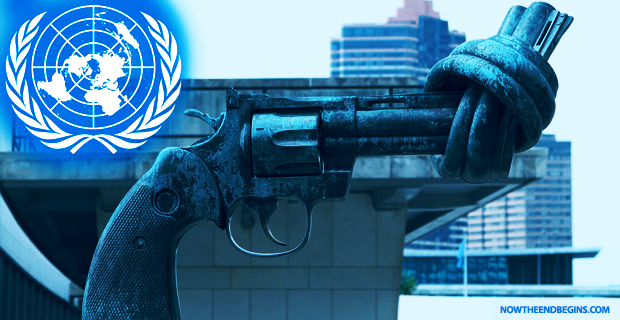 The landmark Arms Trade Treaty (ATT), regulating the international trade in conventional arms – from small arms to battle tanks, combat aircraft and warships – will enter into force on 24 December 2014.

For those unfamiliar with the text of the UN’s Arms Trade Treaty, here’s a brief sketch of the most noxious provisions:

• Article 2 of the treaty defines the scope of the treaty’s prohibitions. The right to own, buy, sell, trade, or transfer all means of armed resistance, including handguns, is denied to civilians by this section of the Arms Trade Treaty.

• Article 3 places the “ammunition/munitions fired, launched or delivered by the conventional arms covered under Article 2” within the scope of the treaty’s prohibitions, as well.

• Article 4 rounds out the regulations, also placing all “parts and components” of weapons within the scheme.

• Perhaps the most immediate threat to the rights of gun owners in the Arms Trade Treaty is found in Article 5. Under the title of “General Implementation,” Article 5 mandates that all countries participating in the treaty “shall establish and maintain a national control system, including a national control list.” This list should “apply the provisions of this Treaty to the broadest range of conventional arms.”

• Article 12 adds to the record-keeping requirement, mandating that the list include “the quantity, value, model/type, authorized international transfers of conventional arms,” as well as the identity of the “end users” of these items.

• Finally, the agreement demands that national governments take “appropriate measures” to enforce the terms of the treaty, including civilian disarmament. If these countries can’t get this done on their own, however, Article 16 provides for UN assistance, specifically including help with the enforcement of “stockpile management, disarmament, demobilization and reintegration programmes.” In fact, a “voluntary trust fund” will be established to assist those countries that need help from UN peacekeepers or other regional forces to disarm their citizens.

Arguably, the Arms Trade Treaty would become the law of the United States if the Senate were to ratify the treaty.