Simon Legrand and a friend were walking past Google's London office building on Friday night when they say they felt a “strong electric field” and decided to film their... 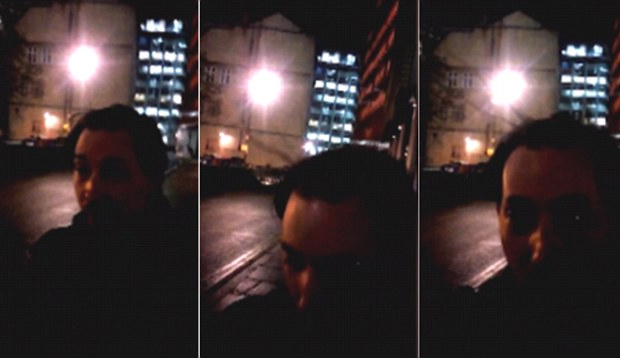 Simon Legrand and a friend were walking past the tech giant’s office building on Friday night when they say they felt a “strong electric field” and decided to film their experience.

As Simon walks towards the building his hair visibly rises from his head and he says he can feel a buzzing sensation on his forehead.

Seconds after the demonstration Simon’s friend holds his phone up high and it starts crackling.

“Initially it didn’t hurts us, just surprised us. Then it seemed to intensify and my phone started crackling and the video cut. My friend got a strong electric shock from holding my phone up high” Simon later wrote online. source – Telegraph UK