"It's pretty exciting," said Clifford Clift, the international director of MUFON. "When you average 500 a month and go to 1,013 in one month, that's an interesting spike... 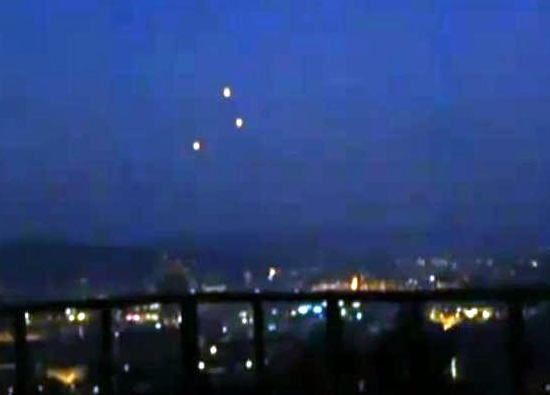 UFO sightings are soaring as the comet Elenin prepares to align with earth
by Geoffrey Grider September 19, 2011
NOW THE END BEGINS SHARE:

Signs in the sky increase

According to an organization that tracks UFO reports, this summer has been an especially busy period for UFO sightings. The Mutual UFO Network (MUFON) noted that sightings increased over the past six weeks, with some states more than doubling their normal numbers.

UFO sightings are soaring as the comet Elenin prepares to align with earth. Coincidence?

Are we on the cusp of an alien invasion? Or maybe people just have more time on their hands to spot — and report — strange things in the sky?

“It’s pretty exciting,” said Clifford Clift, the international director of MUFON. “When you average 500 a month [nationwide] and go to 1,013 in one month, that’s an interesting spike in sighting reports.”

Clift told Life’s Little Mysteries that he’s not sure what to make of the data at this point. It could be the start of something big, or it could merely be a computer glitch that accidentally counted some reports twice. Another possibility is that we’re simply in the midst of a “UFO flap,” one of many periodic increases in sightings over the years.

There are several reasons UFOs might appear in flaps, or clusters. One is that objects in the sky are usually seen by many people, especially when they appear over urban areas. UFOs typically don’t hover close to Earth or in someone’s back yard; instead, they are often sighted high in the sky — just far enough away so that we can’t see details or get sharp photos.

Thus, whatever a particular UFO really is — a plane, a comet, an extraterrestrial spacecraft, or something else — that one object or strange light in the sky could trigger hundreds, or even thousands, of reports. And even reports of the same object will probably differ depending on the reporter’s perspective. [Look! Up in the Sky! A History of Recent UFO Sightings]