Waving placards which read ‘Gaza: End the Siege’ and ‘Freedom for Palestine’, demonstrators chanted and blocked the road as they protested against ‘Israeli aggression’ in the Middle East. ... 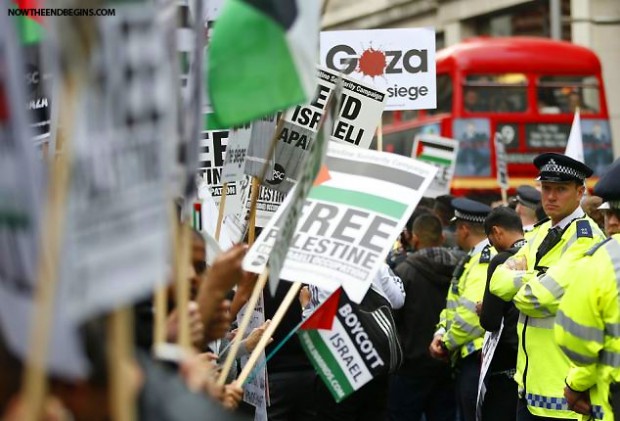 Apparently, Israel has no right to defend itself from constant rocket bombardment launched from the Gaza Strip by Hamas terrorists. At least that’s what the hordes of Muslim protesters who swarmed the Israeli Embassy in London would like you to to believe.

Waving placards which read ‘Gaza: End the Siege’ and ‘Freedom for Palestine’, demonstrators chanted and blocked the road as they protested against ‘Israeli aggression’ in the Middle East.  The demonstration came after the Palestine Solidarity Campaign, which staged protests around the world today, called on people to ‘oppose Israeli aggression’.

A spokeswoman for Prime Minister David Cameron earlier said he supported Israel in the face of attacks by Hamas against Israeli civilians.

To date, at least 106 Palestinians – including dozens of civilians – have been killed, according to the Palestinian Health Ministry in Gaza. Palestinian militants have fired more than 600 rockets at Israel. 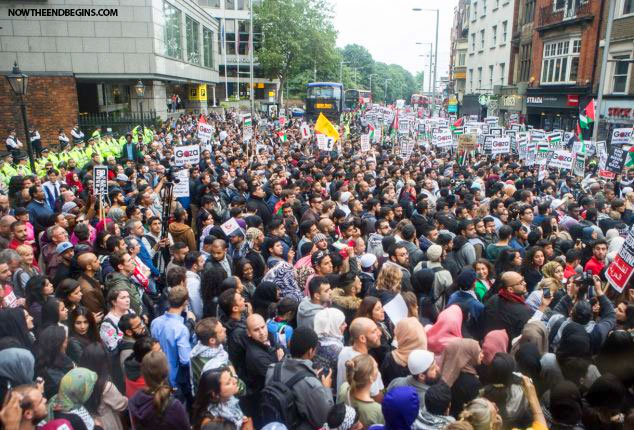 Crowds lined the main road in Kensington High Street, preventing any vehicles from using the road

One rocket fired from the Gaza Strip struck a gas station and set it ablaze in southern Israel, seriously wounding one man. But there have been no deaths on the Israeli side, in large part because of a new rocket-defence system that has intercepted more than 100 incoming projectiles.