You will be left behind to face the Antichrist, the Four Horsemen of the Apocalypse, and Trumpet, Bowl, Seal and Vial Judgments that will make Hitler's Holocaust look like... 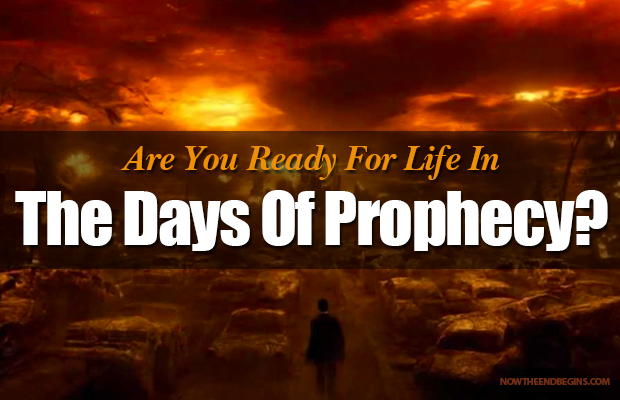 Tonight it seemed as if the headlines were screaming a wake up call to a slumbering world, is anyone even listening?

“This know also, that in the last days perilous times shall come. For men shall be lovers of their own selves, covetous, boasters, proud, blasphemers, disobedient to parents, unthankful, unholy, Without natural affection, trucebreakers, false accusers, incontinent, fierce, despisers of those that are good, Traitors, heady, highminded, lovers of pleasures more than lovers of God; Having a form of godliness, but denying the power thereof: from such turn away.” 2 Timothy 3:1-5 (KJV)

I thank God that He allowed me to be born in this place and time, and to be counted as part of the Body of Jesus Christ called the Church. I know from the past 25 years of studying my King James 1611 Authorized Version Holy Bible that we live in the dispensation known as the Age of Grace, the Church Age, and that it is getting ready to give way to the next dispensation at the moment when the Rapture takes place.

But tonight, it feels as if things have started to speed up even more. Tonight, I can see the coming dispensation of the Great Tribulation staring at me through the glass. I can feel the darkness rising and I know you can, too. I thank God that the Church will be removed in the Rapture prior to the Tribulation, but this story tonight is not about us, it’s about those who will be left behind. It’s about you. Are you ready for what comes next?

These Are The Days Of Prophecy

Looking at the aggregate headlines of the ever-present Drudge Report was like taking a stroll through the book of Revelation with a detour through Matthew 24. From a spiritual perspective it was quite sobering. Let me share a random sampling of them with you and show you what I mean.

Can you see it, can you feel it? The world as we know it has changed drastically since 2008, and the changes are coming so fast that few people are really processing it. In the Middle East, ISIS is advancing virtually unchecked and so far, unstoppable. They are massing a power base that is nearly too incredible to be believed. Now is the time to stop them before they grow too large to be contained, but no one is doing that. The nations of the world are sitting back and watching it happen. Allowing it to happen. Are they all afraid, are they all helpless? Or is it happening because the unsaved world is preparing for the appearance of the Antichrist?

The world has grown darker, more sinister. Like the flickering flame of a candle about to be blown out, the darkness seems to be flooding in all around us. No longer is there an outcry about the red light traffic cameras that monitor and record our movements. No one seems to care that nearly every human being carries around multiple tracking devices in their homes, in their cars, and in their pockets. We have, it seems, accepted the inevitable leash of Big Brother and no longer fight his deep intrusion into our private lives. You can easily picture people willingly lining up around the block to receive their implantable RFID chips, and then bragging about “how cool it is” when they show their friends the latest “technology upgrade”.

Christians and the Bible are sneered at, looked down upon as the hinderance to the full acceptance of the New World Order which seems to be founded on the LGBT Movement. Radio, television, the Internet and the movies glorify every manner of filth and perversion. Dark has become light, evil has become good. If you want to become transgender, they give you a reality show. If you want to hold a Bible study they call the police. Can Reeducation Facilities really be that far behind? I think not.

Anyone who has ever flown on an airplane well knows that just before the flight, the plane taxis across the tarmac, slowly gathering speed before rumbling to life as it launches into the air. That’s how it feels tonight, like the very ground under my feet is shaking in preparation of cataclysmic events which are soon to try all those who dwell upon the earth. For the born again Christian, we know where we are going, and we know it will be before the Tribulation. But for everyone else, you have no hope at all. None. You will be left behind to face the Antichrist, the Four Horsemen of the Apocalypse, and Trumpet, Bowl, Seal and Vial Judgments that will make Hitler’s Holocaust look like a little girl’s tea party.

One more time, we invite you to get saved, to become born again as the Bible teaches. But you better hurry, because after the Rapture then chances of you getting saved then after you have rejected the gospel now will hover at right about near zero. Read for yourself the fate of those who reject the Truth now:

“And then shall that Wicked be revealed, whom the Lord shall consume with the spirit of his mouth, and shall destroy with the brightness of his coming: Even him, whose coming is after the working of Satan with all power and signs and lying wonders, And with all deceivableness of unrighteousness in them that perish; because they received not the love of the truth, that they might be saved. And for this cause God shall send them strong delusion, that they should believe a lie: That they all might be damned who believed not the truth, but had pleasure in unrighteousness.” 2 Thessalonians 2:8-12 (KJV)

Tick, tock….time’s almost up. Are you ready for what comes next?