This fallacy comes from pride and ignorance of scripture. Mostly a fallacy always committed by the holiness heretics who like to minimize sin to smoking, drinking, cussing, fornication, and homosexuality. The Apostle Paul wrote that the body of Christ is SEALED unto the day of redemption (Ephesians 4:30 KJV). However the Christian’s liberty is not a liberty to sin, but liberty to serve God without the fear of being cast into Hell every time a believer messes up. 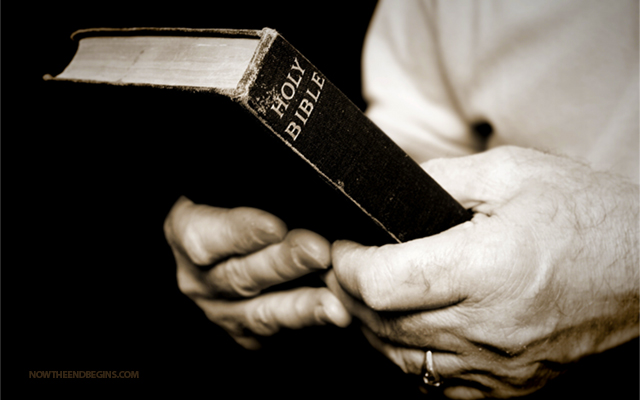 The Holy Bible COMMANDS that Christians study to shew themselves approved unto God, a workman that needeth not to be ashamed, and this is done by rightly dividing the word of truth (2 Timothy 2:15 KJV). As one great preacher states “light rejected becomes lighting”. Those who reject God’s commandment to rightly divide His Holy Book constantly fall victim to several foolish religious fallacies that either attempt to make a liar out of God (Numbers 23:19 KJV), or attempts to make God out to be the author of confusion (1 Corinthians 14:33 KJV).

“But the natural man receiveth not the things of the Spirit of God: for they are foolishness unto him: neither can he know them, because they are spiritually discerned.” 1 Corinthians 2:14 (KJV)

NOTICE: Once the Devil got Eve to QUESTION God’s words, SUBTRACT from God’s words, and finally ADD to God’s words, THEN the Devil was able to get Eve to BELIEVE THE LIE (Genesis 4:4 KJV). And such is the foundation of EVERY religious fallacy regarding the Holy Bible. In order to believe the following religious fallacies, you must violate at least one, if not all of God’s rules regarding his words.

This religious fallacy has also been referred to as “the scarlet thread” or “people in the OT looked forward to the cross while people in the NT looked back at the cross”.  Doctrinally speaking, that is a lie. Romans 10:9 KJV is NEVER preached as the plan of salvation in the OT. Adam’s promise of eternal life was based on not eating from the tree of the knowledge of good and evil (Gen 2:17 KJV), not faith in the death, burial, and resurrection of Christ (1 Corinthians 15:1-4 KJV). God told Cain and Abel to offer the sacrifice (Genesis 4 KJV). God told Noah to build a bout (Genesis 6 KJV). No one in the OT was born-again (1 Peter 1:23 KJV). No one in the OT was spiritually circumcised (Colossians 2:11-14 KJV). No one in the OT was a member of the body of Christ (Ephesians 5:32 KJV). You have to continually ADD and SUBTRACT from God’s words to hold to such a fallacy.

RELIGIOUS FALLACY #2 – The entire Bible is written TO Christians

The entire Bible is written FOR Christians, as in it’s all given by inspiration (2 Timothy 3:16 KJV). But the entire Bible is not written TO Christians. For example: A Christian can learn about the Holiness of God by reading and studying the Levitical laws and the judgements thereof; but a Christian is NEVER told TO literally build a tabernacle or temple and offer animal sacrifices. There are certain scriptures written or addressed TO Gentiles before the Law (Adam, Eve, Noah, Cain, Abel), Jews before the Law (Abraham, Isaac, Jacob, Joseph, Judah), Gentiles under the Law (Uriah the Hittite and Balaam), Jews under the law (Moses, Joshua, David), Christians under grace (believers today), Jews and Gentiles in the time of Jacob’s trouble (Revelations 14:12 KJV), and Jews and Gentiles in the Millennial Reign (Zechariah 13:1-3 KJV). Once again, God COMMANDS believers to Rightly Divide the word of truth (2 Timothy 2:15 KJV). This fallacy in particular is responsible for about 99% of all heresies today.

Commonly referred to as the pre-trib vs post-trib rapture debate. Once again, this fallacy come from a complete failure to Rightly Divide the word of truth (2 Timothy 2:15 KJV) on the post tribbers part. The Apostle Paul specifically wrote that the catching away of the body of Christ (1 Thess 4:16 KJV) BEFORE the time of Jacob’s trouble (1 Thess 5:9 KJV) was a MYSTERY Christ revealed to him (1 Corinthians 15:51), and was NOT revealed during Christ’s earthly ministry (John 16:12 KJV). If it was revealed during Christ’s earthly ministry, then it wouldn’t have been a MYSTERY (Romans 16:25 KJV). However post-tribbers cannot cease from ADDING to God’s words as they’ll continually run to Matthew 24, Luke 21, and Mark 13 in attempts to FORCE those passages on the body of Christ, falling for RELIGIOUS FALLICY # 2.

“And, behold, one came and said unto him, Good Master, what good thing shall I do, that I may have eternal life? And he said unto him, Why callest thou me good? there is none good but one, that is, God: but if thou wilt enter into life, KEEP THE COMMANDMENTS.” Matthew 19:16,17 (KJV)

OBSERVE – What the Apostle Paul preached:

THEY’RE NOT THE SAME GOSPEL.

RELIGIOUS FALLACY #5 – If you believe in eternal security (Once Saved always Saved), it’s simply because you want to live a sinful life.

This fallacy comes from pride and ignorance of scripture. Mostly a fallacy always committed by the holiness heretics who like to minimize sin to smoking, drinking, cussing, fornication, and homosexuality. The Apostle Paul wrote that the body of Christ is SEALED unto the day of redemption (Ephesians 4:30 KJV). However the Christian’s liberty is not a liberty to sin, but liberty to serve God without the fear of being cast into Hell every time a believer messes up.   Perfect love cast out fear (1 John 4:18 KJV). Most Pharisees that fall for this fallacy either believe that A) the works that they’re doing is good enough to get them into Heaven or B) Nobody can be saved unless they live exactly how their cult teaches.

Jimmy Randolph is a veteran, husband, father, Bible believer and a devoted student of the word of God. He was called to preach on the street in 2012, and maintains a strong, personal tract witness for the Lord Jesus Christ.