Boy Scouts of America welcomes diverse religions and has incorporated them into its program giving scouts an opportunity to earn badges or emblems by participating in religious activities. The... 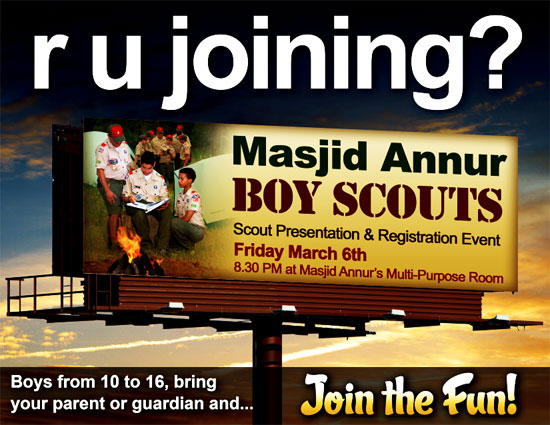 They are teaching your children to worship Allah

Although we should have learned by now that nothing is sacred and nothing is safe from those whose mission it is to destroy America, it’s still shocking to learn that jihadist terrorist organizations have infiltrated the Boy Scouts of America.

The Muslim Brotherhood, an Islamic organization responsible for the creation of Hamas, has infiltrated the BSA, not only through mosques and worship centers that establish and sponsor scouting programs, but also through direct partnership with BSA.

Boy Scouts of America was founded in 1910, during the height of the progressive era in the United States due to concerns among some that young men were no longer learning patriotism and individualism. BSA epitomized the Christian values of America’s founding fathers for decades. Today, however, Boy Scouts of America is riddled with terrorist organizations who are recruiting and training youth — by the thousands — for their own causes.

Boy Scouts of America welcomes diverse religions and has incorporated them into its program giving scouts an opportunity to earn badges or emblems by participating in religious activities. 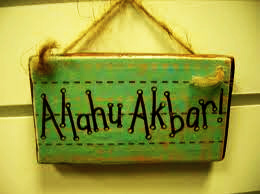 The Islamic scouting emblems include an Allahu Akbar emblem. Allahu Akbar (‘Allah is greater’) are the very same words shouted by many Islamic terrorists and suicide bombers in the moments just before they kill (in the name of Allah).

Almost 30 years ago, Boy Scouts of America entered into a partnership with the Islamic Council on Scouting of North America, an organization in New York that expressed a desire to promote scouting in local Muslim communities. That partnership opened the door to a dangerous and radical form of Islam, welcoming the ICSNA in to recruit and train new generations of jihadists right under our noses.

ICSNA was chaired by Dr. Muzamil Siddiqui, an Islamic scholar who served as Chairman of the Religious Affairs Committee of a Muslim Brotherhood founded organization, Muslim Students Association (MSA).

Once accepted into BSA, the ICSNA immediately began the formation of a National Islamic Committee of the Boy Scouts of America to spread Islamic scouting across the nation. An ad hoc committee was formed under the Chairmanship of Ambassador Youssouf Sylla, representative to the United Nations of the Organization of the Islamic Conference (OIC).

Thanks to the work of the ICSNA’s national committee, several Islamic scout units have been formed throughout the U.S. and more Muslim Brotherhood organizations, like the Islamic Society of North America (ISNA), were accepted into the BSA.