Yet his 6 and one half years of occupying the desk at 1600 Pennsylvania Avenue hide a sinister statistic – America has had 22 mass shootings since he became president, and yesterday’s mass killing in Lafayette now brings that total to 23. And since this is a list of shootings only, it does not include the Boston Bombing Massacre that Obama used to roll out martial law for a 24-hour period in Boston. How do you explain that? 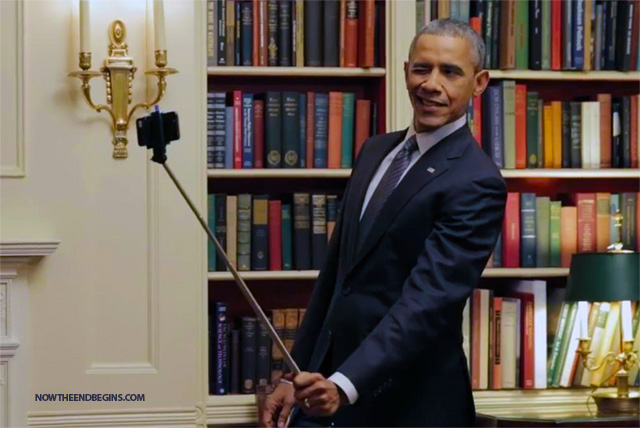 When you add up the numbers, a very disturbing picture of Obama’s presidency begins to unfold. He was elected as the “racial uniter”, the Nobel Peace Prize president who was going to“stop the rise of the oceans” and “heal our planet.”

Yet his 6 and one half years of occupying the desk at 1600 Pennsylvania Avenue hide a sinister statistic – America has had 22 mass shootings since he became president, and yesterday’s mass killing in Lafayette now brings that total to 23. And since this is a list of shootings only, it does not include the Boston Bombing Massacre that Obama used to roll out martial law for a 24-hour period in Boston. How do you explain that?

July 23, 2015 — Lafayette, LA — 3 dead, 9 injured. Three people were killed and nine wounded when a lone gunman opened fire in a Lafayette movie house Thursday evening. Lafayette police confirmed shortly before 8 p.m. law enforcement officers responded to a call about an active shooter at the Grand 16 Lafayette at 3141 Johnston St. Lafayette Police Chief Jim Craft confirmed at least three people were killed, including the gunman, who died from a self-inflicted wound. Two victims were pronounced dead at the scene. Nine were transported to area hospitals, eight by ambulance and one by private party. One victim died at a hospital. As of the date of this writing, Obama has made no comment.

July 16, 2015 — Chattanooga, TN— 5 dead, 3 injured. A 24-year-old Kuwaiti-born man opened fire at two military facilities here Thursday, killing four Marines and injuring three others before dying from a gunshot wound, authorities said. Law enforcement sources said that the shooting suspect was identified as 24-year-old Muhammad Youssef Abdulazeez. According to a U.S. law enforcement source, Abdulazeez was born in Kuwait and came to the United States in 1996. Obama waited 5 full days to order the flags be flown at half-mast in honor of the 5 dead marines.

June 17, 2015 — Charleston, SC— 9 dead. Dylann Roof allegedly opened fire inside a historically Black church in Charleston, S.C., killing 9. The next morning, Obama spoke from the White House about the shooting. “I’ve had to make statements like this too many times. Communities like this have had to endure tragedies like this too many times. We don’t have all the facts, but we do know that, once again, innocent people were killed in part because someone who wanted to inflict harm had no trouble getting their hands on a gun. Now is the time for mourning and for healing,” he said. 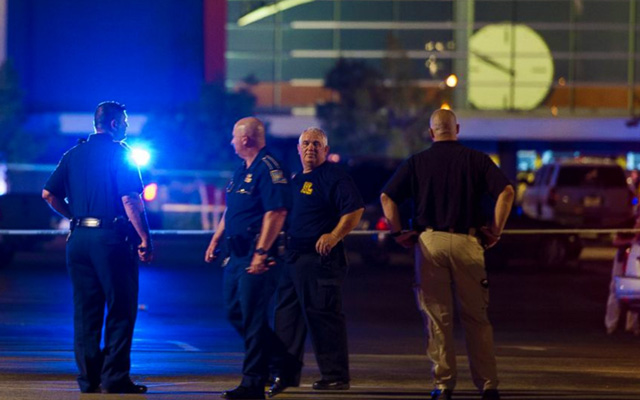 Gunfire broke out around 7:30 p.m. in one of the movie theater’s auditoriums, Lafayette Police told ABC News. More than 100 people were in the theater, according to Louisiana State Police.

February 10, 2015 — Chapel Hill, NC— 3 dead. Craig Hicks allegedly shot three Muslim students in Chapel Hill, N.C. Three days later, Obama issued a statement. “No one in the United States of America should ever be targeted because of who they are, what they look like, or how they worship,” he said.

May 23, 2014 — University of California, Santa Barbara. — 7 dead (including gunman). A drive-by shooter went on a nighttime rampage near a Santa Barbara universitycampus that left seven people dead, including the attacker, and seven others wounded, authorities said Saturday. President Obama, as of this writing, has not issued an official statement or comment on the shootings.

April 2, 2014 — Fort Hood (Second Shooting). — 3 dead, 12 injured. In a second shooting at Fort Hood, Ivan Lopez shot and killed 3, injuring a dozen more. A week later, Obama spoke at a memorial service on the base. “This tragedy tears at wounds still raw from five years ago. Once more, soldiers who survived foreign warzones were struck down here at home, where they’re supposed to be safe. We still do not yet know exactly why, but we do know this: We must honor their lives, not “in word or talk, but in deed and in truth,” he said.

September 16, 2013 — Washington, DC. — 12 dead. Aaron Alexis shot and killed 12 insideWashington’s Navy Yard. Six days later,Obama spoke at a memorial service for the victims. “Alongside the anguish of these American families, alongside the accumulated outrage so many of us feel, sometimes I fear there’s a creeping resignation that these tragedies are just somehow the way it is, that this is somehow the new normal. We can’t accept this,” he said.