STOPPED! US Congress and Senate Withdraw BOTH SOPA and PIPA Internet Anti-Piracy Bills

U.S. lawmakers stopped anti-piracy legislation in its tracks on Friday, delivering a stunning win for Internet companies that staged an unprecedented online protest this week to kill the previously... 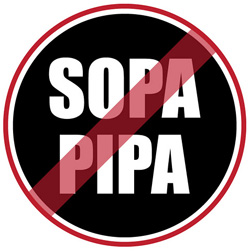 SAN ANTONIO — U.S. lawmakers stopped anti-piracy legislation in its tracks on Friday, delivering a stunning win for Internet companies that staged an unprecedented online protest this week to kill the previously fast-moving bills.

Senate Democratic leader Harry Reid said he would postpone a critical vote that had been scheduled for Jan. 24 “in light of recent events.”

Lamar Smith, the Republican chairman of the House of Representatives Judiciary Committee, followed suit, saying his panel would delay action on similar legislation until there is wider agreement on the issue.

The bills, known as PIPA in the Senate and SOPA in the House, are aimed at curbing access to overseas websites that traffic in pirated content and counterfeit products, such as movies and music.

The legislation has been a priority for entertainment companies, publishers, pharmaceutical companies and other industry groups who say it is critical to curbing online piracy, which they believe costs them billions of dollars a year. source – MSBC