Scientists have created more than 150 human-animal hybrid embryos in British laboratories. The hybrids have been produced secretively over the past three years by researchers looking into possible cures... 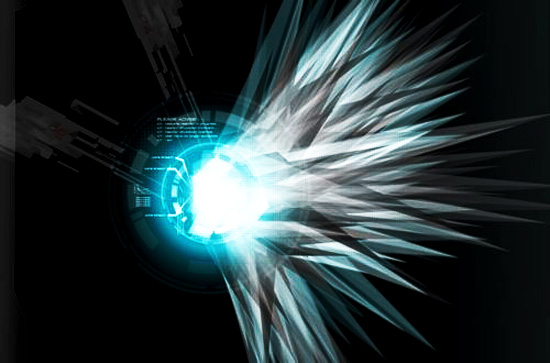 The idea of a cyborg was fully developed as far back as the early 1970s with both the movie and TV series the Six Million Dollar Man, along with the female counterpart show, The Bionic Woman.

In the Six Million Dollar Man, the hero is severely injured in a crash. The show begins with the phrase: “We can rebuild him: We have the technology.” He is then “rebuilt” by having his right arm, both legs and the left eye replaced with bionic implants; thus he has greatly enhanced strength, speed and vision far above human natural ability. He now can run 60 miles per hour while his eye has a 20:1 zoom lens with infrared capabilities.

The movie Terminator 2: Judgment Day fully develops the idea of androids so far technologically advanced, that they have destroyed the human race. The androids with artificial intelligence have taken over the world. The Terminator is an android that completely interacts with humans and looks and acts human. In this film, man has created beings that can think and operate as a human.

In The Matrix intelligent machines that man created have conquered mankind. They use the heat from human bodies to survive. To harness the heat, the machines keep the human minds connected to a matrix where the machines control reality. A connection is placed in the back of the human skull by the machines and then the brain is wired to a computer which creates the matrix. This is the complete merging of the brain with a computer. Thoughts and knowledge can be downloaded directly into the brain and become part of the thought pattern.

These movies are more than science fiction. I believe there is a prophetic element to them. The ideas that were first introduced in The Forbidden Planet can become a reality in our lifetime. This type of science fiction has been preparing the public to accept artificial intelligence as a form of life. The merging of humans with machines is a theme which the public is now familiar. Technological concepts that were unimaginable before WW ll are now very familiar with the public. What was pure science fiction in 1956 is becoming reality in the Twenty-first Century. Source – Dr. John McTernan

Scientists have created more than 150 human-animal hybrid embryos in British laboratories. The hybrids have been produced secretively over the past three years by researchers looking into possible cures for a wide range of diseases. The revelation comes just a day after a committee of scientists warned of a nightmare ‘Planet of the Apes’ scenario in which work on human-animal creations goes too far.

The Hebrew word for imagine is very interesting. It means to give thought and involves planning. It involves thought with focus. In addition to imagine, this word is also translated: consider, devise, plot, purpose, and think (evil). This concept means that if man focuses on an idea, he can bring it to reality.

Last night a campaigner against the excesses of medical research said he was disgusted that scientists were ‘dabbling in the grotesque’.

Figures seen by the Daily Mail show that 155 ‘admixed’ embryos,containing both human and animal genetic material, have been created since the introduction of the 2008 Human Fertilisation Embryology Act.

This legalised the creation of a variety of hybrids, including an animal egg fertilised by a human sperm; ‘cybrids’, in which a human nucleus is implanted into an animal cell; and ‘chimeras’, in which human cells are mixed with animal embryos.

Three labs in the UK – at King’s College London, Newcastle University and Warwick University – were granted licences to carry out the research after the Act came into force. All have now stopped creating hybrid embryos due to a lack of funding, but scientists believe that there will be more such work in the future. The figure was revealed to crossbench peer Lord Alton following a Parliamentary question.

Last night he said: ‘I argued in Parliament against the creation of human- animal hybrids as a matter of principle. None of the scientists who appeared before us could give us any justification in terms of treatment. ‘Ethically it can never be justifiable – it discredits us as a country. It is dabbling in the grotesque. source – Daily Mail UK