It happened just a few miles from my own home in Arizona. A beautiful Iraqi woman wasn’t murdered at the hands of a brutal dictator but rather at the... 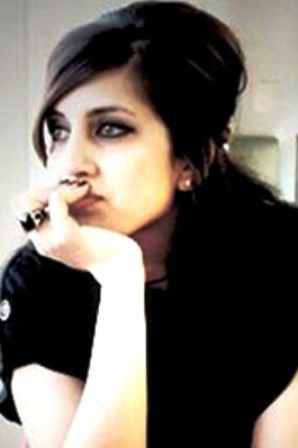 It happened just a few miles from my own home in Arizona. A beautiful Iraqi woman wasn’t murdered at the hands of a brutal dictator but rather at the hands of her own father in a vicious Muslim Honor Killing. Closing arguments are taking place in the trial today, unfortunately, very few Americans even knew about the opening statements.

Noor’s radical father, Faleh Hassan Almaleki felt his daughter was becoming too ‘’westernized.” He decided to take her to Iraq claiming they were there to see family. Once there he forced her into a marriage she didn’t want and then left her there to take care of herself. Noor received enough money so she could return to the country she truly loved; America. Upon her return she moved in with her American fiancé. Family members told police that Noor’s father had become enraged that his daughter wasn’t following ‘’traditional Muslim values.” Noor expressed her fear that her father would try to hurt her one day due to his radical Muslim beliefs.  Noor even told friends she thought about obtaining a restraining order against her father. It was too late. Noor was walking with her fiancé’s mom to a Mexican restaurant when her father ruthlessly ran her over crushing her face and fracturing her spine. She clung to life in the hospital while on life support but died two days later. Noor met her death at the hands of her radical Muslim father and it has already arrived at a town near you.

This should hit home to every American who naively believes that radical Islam will never infiltrate America. It already has. Those on the left do anything they can to not offend the Muslim community in their efforts to refrain from being politically incorrect.  The political correctness even crept its’ ugly head into the murder trial of Noor. The public defender asked that the state not seek the death penalty because Almaleki is Muslim. Furthermore they requested that it not appear like a Christian is trying to execute a Muslim for racial or political beliefs. This just exemplifies the backwards state America is in. So a Muslim can murder his daughter for not pertaining to his radical Muslim law but yet America must refrain from executing him because he is Muslim? Can I use a lifeline please because I just can’t answer that question!

Noor hasn’t been the only one who has lost her life in America at the hands of radical Islam. In Buffalo, New York Muzzammil Hassan murdered his wife Aasiya. Muzzammil stabbed his wife forty times and then used the knife to saw her head off because she had filed for divorce. Police said the attack was so brutal that one could see the deep marks left on the tiles from the knife. Hassan had started a television station in New York that focused on refuting negative stereotypes against Muslims. I guess Mr. Hassan can’t star in his own show now.

Sharia Law has already arrived to the streets of America it’s just that too many American’s are riding the denial train. We have a President who has not said one word about protecting the Christians that are being increasingly persecuted daily in the Middle East but yet his first interview was on Al-Arabiya television praising the Muslim community. We have a radical Imam building a mosque on probable bone fragments that remain from victims of  September 11th and the American president touts freedom of religion but only when it’s advantageous to Muslims. As more and more Americans plead that President Obama come out of the Muslim closet already, Obama finds himself ‘doth protesting too much’ about his alleged Christian faith.

Who would have thought the day would arrive when Americans would need to place initiatives on the ballot in order to prevent radical Islamic law from reaching the heights of our United States Constitution? Whatever you think isn’t possible just tell yourself it is probably already happening.

America must realize this is a religious war. Not all Muslims are going to execute Jihad by blowing themselves up in malls or running planes into towers but they will do it by infiltrating every aspect of our culture. If we don’t awake to this threat, we are going to see more cases like Noor and Aasiya. The problem is we have a President who is opening the door for them to infiltrate while inviting them to feast on our Constitution.

We must not allow these cases to be swept under the politically correct Muslim rug. Like many instances in American history as time passes we tend to forget. If this were about Muslims wanting to come to America to be free, please explain to me why they want to implement Sharia law which does anything but give one freedom of religion. Fox News host Sean Hannity recently had a radical Imam on his show who vehemently spoke about the will of Muslims to take over the entire world under Sharia Law. How much more of a warning does America need when our own enemy is telling us their radical plans but we are more interested in Christina Aguilera’s Star Spangled Banner flub?

Sadly, the story of Noor and other victims of Honor Killings have been forgotten as time passes. We can’t allow this to happen.As closing arguments cease and justice arrives for Faleh Almaleki, we cannot forget the victims that have lost their lives to brutal so-called Honor Killings. The only way these victims will ever receive true honor is if America honors them by standing up to the threat and fighting against the sword of the vicious ideology that took their lives.