The Senate on Thursday evening voted 93-7 to approve a defense authorization bill that includes a provision which not only repeals the military law on sodomy, it also repeals... 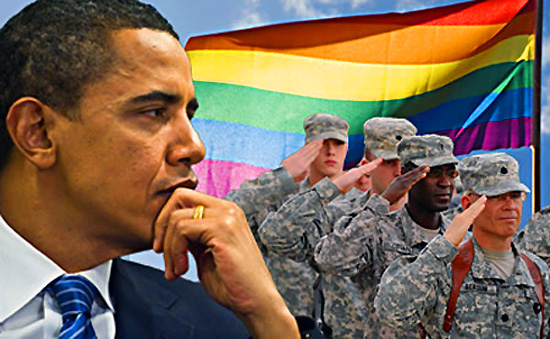 And now this is an added concern, that sodomy has been removed, and as we have discovered, that bestiality--the prohibition against it--has been removed from the Uniform Code of Military Justice. So yes, the House will have problems with this bill.
by Geoffrey Grider December 2, 2011
NOW THE END BEGINS SHARE:

Click here to read about the Far Left plan to DESTROY the American Military system….

And now this is an added concern, that sodomy has been removed, and as we have discovered, that bestiality--the prohibition against it--has been removed from the Uniform Code of Military Justice. So yes, the House will have problems with this bill.

On Nov. 15, the Senate Armed Services Committee had unanimously approved S. 1867, the National Defense Authorization Act, which includes a provision to repeal Article 125 of the Uniform Code of Military Justice (UCMJ).

Article 125 of the UCMJ makes it illegal to engage in both sodomy with humans and sex with animals.

It states: “(a) Any person subject to this chapter who engages in unnatural carnal copulation with another person of the same or opposite sex or with an animal is guilty of sodomy. Penetration, however slight, is sufficient to complete the offense. (b) Any person found guilty of sodomy shall be punished as a court-martial may direct.”

“It’s all about using the military to advance this administration’s radical social agenda,” Perkins told CNSNews.com. “Not only did they overturn Don’t Ask Don’t Tell, but they had another problem, and that is, under military law sodomy is illegal, just as adultery is illegal, so they had to remove that prohibition against sodomy.”

“Well, whether it was inadvertent or not, they have also taken out the provision against bestiality,” he said. “So now, under the Uniform Code of Military Justice (UCMJ), there’s nothing there to prosecute bestiality.”

Former Army Col. Bob Maginnis said some military lawyers have indicated that bestiality may be prosecutable under another section of the military code of justice – the “catch-all” Article 134 for offenses against “good military order and discipline.”

But don’t count on that, he said.

“If we have a soldier who engages in sodomy with an animal – whether a government animal or a non-government animal – is it, in fact, a chargeable offense under the Uniform Code? I think that’s in question,” Maginnis told CNSNews.com.

He added: “Soldiers, unfortunately, like it or not, have engaged in this type of behavior in the past. Will they in the future, if they remove this statute? I don’t know.”

Perkins said there was no attempt to remove the UCMJ repeal provision from the bill, which Perkins had expected the Senate to approve.

Now that it has passed, however, the Senate version will have to go to a conference committee, and Perkins predicts there will be several sticking points with the House.

“The House in their version of the defense authorization, reinforced the Defense of Marriage Act, saying that there is a military DOMA as well, prohibiting same-sex marriage on military bases – something the Department of Defense is pushing for,” he said.

“And now this is an added concern, that sodomy has been removed, and as we have discovered, that bestiality–the prohibition against it–has been removed from the Uniform Code of Military Justice. So yes, the House will have problems with this bill.” source – CNS News

Click here to read about the Far Left plan to DESTROY the American Military system….