"If we ignore them, I am sure they will reach Europe in a month and America in another month," King Abdullah of Saudi Arabia said in remarks quoted on... 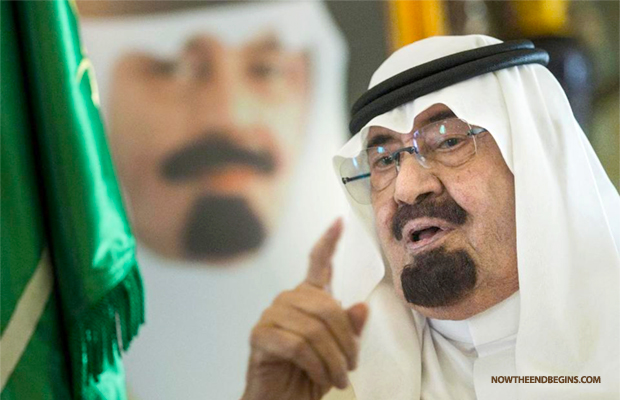 "Terrorism knows no border and its danger could affect several countries outside the Middle East," said the king who was speaking at a welcoming ceremony on Friday for new ambassadors, including a new envoy from Saudi ally the United States.
by Geoffrey Grider August 30, 2014
NOW THE END BEGINS SHARE:

History is now repeating itself, and America and the Western world find themselves in an uncomfortable but familiar place. ISIS and the Islamic State war machine has ramped up to the point where it has begun to irrevocably change the balance of power in nations like Iraq and Syria. American and the West in  2014 have become Germany in 1932. Horrific, momentous change is knocking at the door, and the leadership and resolve needed to answer that call is no where to be seen.

If American and the Allied nations would act decisively now, the forward movement of ISIS could be stopped dead in it’s tracks. But no one is acting in any meaningful full outside of soundbites and press conferences. ISIS is advancing because the powers that be are have allowed for them to advance. Eventually, the Islamic State will garner enough money, enough weapons and enough support from nations like Iran that something cataclysmic will take place. A collective apathy has settled down on the world’s leaders, rendering them powerless. Hitler could have easily been stopped, but he wasn’t. By the time America and the West woke up, it was already too late and 55,000,000 people died because one man was allowed to proceed unchecked. One man.

WWIII is at the door, America, and the clock is ticking. What sayest thou?

King Abdullah of Saudi Arabia has warned that the West will be the next target of the jihadists sweeping through Syria and Iraq, unless there is “rapid” action. “If we ignore them, I am sure they will reach Europe in a month and America in another month,” he said in remarks quoted on Saturday by Asharq al-Awsat daily and Saudi-backed Al-Arabiya television station.

“Terrorism knows no border and its danger could affect several countries outside the Middle East,” said the king who was speaking at a welcoming ceremony on Friday for new ambassadors, including a new envoy from Saudi ally the United States.

The Islamic State (IS) jihadist group has prompted widespread concern as it advances in both Syria and Iraq, killing hundreds of people, including in gruesome beheadings and mass executions. Lack of action would be “unacceptable” in the face of the phenomenon, King Abdullah said.

“You see how they (jihadists) carry out beheadings and make children show the severed heads in the street,” he said, condemning the “cruelty” of such acts. “It is no secret to you, what they have done and what they have yet to do. I ask you to transmit this message to your leaders: ‘Fight terrorism with force, reason and necessary speed’.”

President Barack Obama has yet to decide whether the United States should launch raids against positions held by the Islamic State jihadist group in Syria to follow US air strikes on IS activities in Iraq.