A company called Amendment II is offering a “Ballistic Backpack” lined with carbon nanotube armor sewn into the rear of the pack and comes in boys, girls, and teen/young...
by Geoffrey Grider December 21, 2012
NOW THE END BEGINS SHARE:

Anyone else here think its time to put God back into the public school system?

LOS ANGELES (CBSLA.com) — Parents may have a new option when it comes to protecting their children while at school in the wake of the Connecticut school shootings.

A Salt Lake City, Utah, company called Amendment II is offering a “Ballistic Backpack” lined with carbon nanotube armor sewn into the rear of the pack and comes in boys, girls, and teen/young adult models. 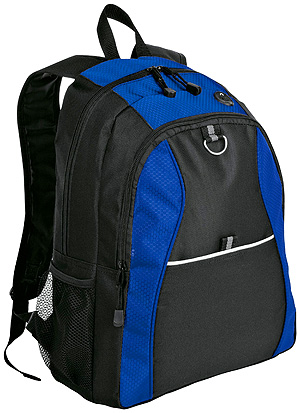 Jill Stringham with Amendment II told KNX 1070 NEWSRADIO that the product is the result of the company’s overall mission.

“Our goal has always been from the very beginning of this company is that we wanted to save lives, whatever level that is, we don’t care, whether that is children or military or Secret Service or whoever it is,” Stringham said. “Our passion and our goal and our science behind it is that we want to save lives.”

The backpacks – which cost $300 – weigh just slightly more than a regular backpack and can be easily swung to the front of the body to be used as a shield, or even “serve as center of mass protection while fleeing the scene of the shooting,” according to the company’s product description.

Demand for the product spiked so quickly following the shootings on Dec. 14 at Sandy Hook Elementary School in Newtown, Conn., that the company’s website has crashed at least once.

“[Customers] can’t get through because it’s taken them two to five minutes to upload our website,” Stringham said.

The “Ballistic Backpack” was initially offered in different styles for boys, girls and teens before Amendment II announced those styles were “no longer available.”

Other products being sold on the site include a tactical vest for children and designer armor for adults. Stringham said the company will not make any profit off of sales of the backpacks. source – CBS Los Angeles