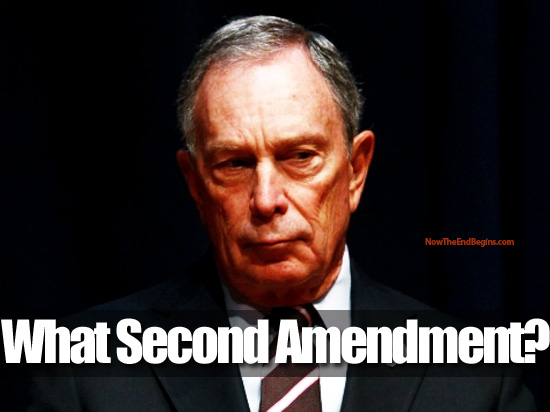 Liberal lust to take guns away trumps sensitivity and decency

“A well regulated militia, being necessary to the security of a free state, the right of the people to keep and bear arms, shall not be infringed.” Second Amendment to the US Constitution

“With all the carnage from gun violence in our country, it’s still almost impossible to believe that a mass shooting in a kindergarten class could happen. It has come to that. Not even kindergartners learning their A,B,Cs are safe. We heard after Columbine that it was too soon to talk about gun laws.

We heard it after Virginia Tech. After Tucson and Aurora and Oak Creek. And now we are hearing it again. For every day we wait, 34 more people are murdered with guns. Today, many of them were five-year olds. President Obama rightly sent his heartfelt condolences to the families in Newtown. But the country needs him to send a bill to Congress to fix this problem. Calling for ‘meaningful action’ is not enough. We need immediate action. We have heard all the rhetoric before. What we have not seen is leadership – not from the White House and not from Congress. That must end today. This is a national tragedy and it demands a national response. My deepest sympathies are with the families of all those affected, and my determination to stop this madness is stronger than ever.”

If Bloomberg’s deepest sympathies were with the family, he wouldn’t use this as an opportunity to get on his soapbox about gun control. We don’t know all the facts of the case yet, Connecticut has some of the most restrictive gun control laws in the country, and it seems that the shooter obtained his guns legally. source – Breitbart