Russia warned Israel on Wednesday that attacking Iran would be a disastrous and played down the failure of a UN nuclear agency mission to Tehran, saying there is still... 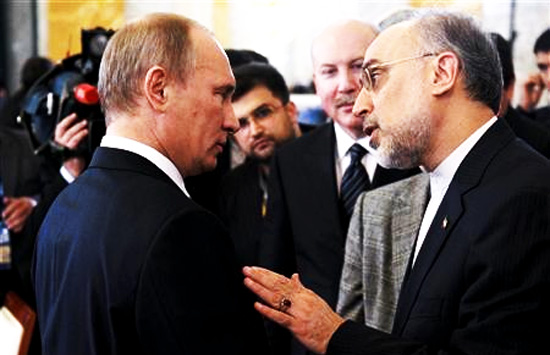 Russia warned Israel on Wednesday that attacking Iran would be a disastrous and played down the failure of a UN nuclear agency mission to Tehran, saying there is still a chance for new talks over the Iranian atomic program.

“Of course any possible military scenario against Iran will be catastrophic for the region and for the whole system of international relations,” Deputy Foreign Minister Gennady Gatilov told a news conference.

It was one of Russia’s starkest warnings against resorting to force, an option Israel and the United States have not ruled out if they conclude that diplomacy and increasing sanctions will not stop Iran from developing a nuclear bomb.

“I hope Israel understands all these consequences … and they should also consider the consequences of such action for themselves,” Gatilov said. “I hope a realistic approach will prevail, along with a sensible assessment.”

Russia, China as well as many allies of the United States are concerned that any military action against Iran could engulf the Middle East in wider war, which would send oil prices rocketing at a time of global economic troubles.

Iran has threatened to retaliate for any attack, or even if it feels endangered, by closing the Strait of Hormuz, the conduit for Gulf oil exports crucial to the global economy, and hitting Israel and US interests in the Middle East. source – YNET News