China said on Wednesday it would conduct joint naval drills with Russia in the East China Sea off Shanghai in late May, in what it called a bid to... 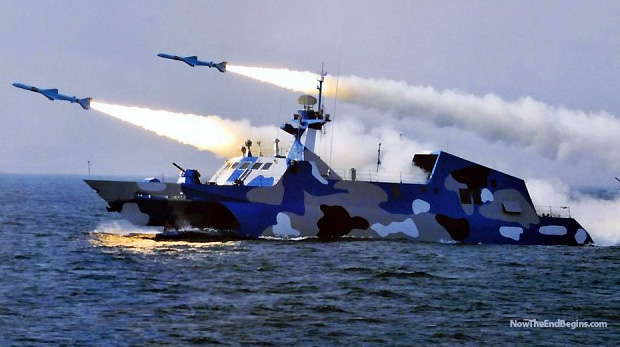 BEIJING (Reuters) – China said on Wednesday it would conduct joint naval drills with Russia in the East China Sea off Shanghai in late May, in what it called a bid to deepen military cooperation.

China’s defense ministry did not give an exact location in the East China Sea, where Beijing is locked in an increasingly bitter dispute with Japan over the ownership of a group of uninhabited islets.

“These drills are regular exercises held by China and Russia’s navies, and the purpose is to deepen practical cooperation between the two militaries, to raise the ability to jointly deal with maritime security threats,” the ministry said on its website.

It provided no other details.

China alarmed Japan, South Korea and the United States last year when it announced an air defense identification zone for the East China Sea, covering the islands. The Beijing government, which is swiftly ramping up military spending, has regularly dispatched patrols to the East China Sea since it established the defense zone.

China was angered last week after U.S. President Barack Obama assured ally Japan that Washington was committed to its defense, including the disputed isles.

Earlier this month, Tokyo announced it would break ground on a new radar base in the area, on a tropical Japanese island close to Taiwan. The radar station on Yonaguni Island, just 150 km (93 miles) from the disputed islands in the East China Sea, marks Japan’s first military expansion at the western end of its island chain in more than 40 years.

China and Russia have close diplomatic, security and economic ties, and regularly carry out military exercises together. source – Yahoo News