The 2012 Presidential speculation has officially begun. Yesterday in Iowa at the Faith and Freedom Coalition event, some of the top Republican potential Presidential candidates spoke. Newt Gingrich, Herman... 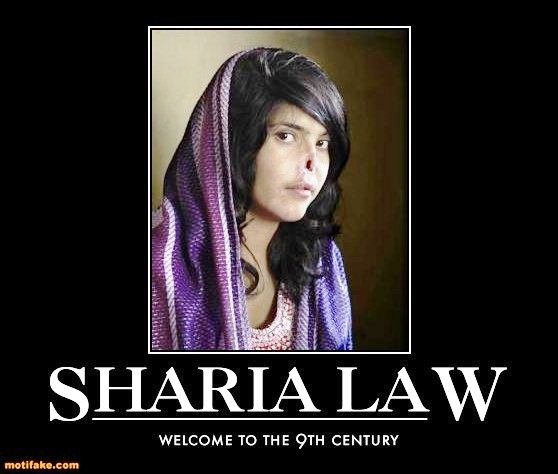 Bibi Aisha: Tried to flee her abusive husband in Afghanistan. As a punishment he cut off her ears and nose as a punishment and left her to die.
by Geoffrey Grider March 8, 2011
NOW THE END BEGINS SHARE:

The 2012 Presidential speculation has officially begun. Yesterday in Iowa at the Faith and Freedom Coalition event, some of the top Republican potential Presidential candidates spoke. Newt Gingrich, Herman Cain, Rick Santorum and Tim Pawlenty all gave America a sneak peak. Obviously there exist not one infallible candidate but pundits have already found something wrong with each potential nominee. Newt might have to answer for his infidelity, no one really knows who Herman Cain is, Santorum doesn’t have the “it” factor and Pawlenty? I haven’t actually heard too many negatives about Pawlenty. There are actually some great things about him; he is for protecting traditional marriage, he is pro-life and fiscally conservative. However, there is one major red flag that is blowing pretty hard in the wind but no one can hear it because it has rarely been discussed. It revolves around the threat that is taking America down little by little. It is the reason why Republicans must not elect former Governor of Minnesota Tim Pawlenty as our nominee for 2012. Although Pawlenty hasn’t officially announced his bid for the Oval Office yet, this problem serves as a clear example as to why we must elect a candidate with discernment. Currently, all signs are pointing straight ahead for the former Governor to run. It’s time Americans see the caution sign before taking a possible blind ride down a wrong way street.

Bibi Aisha: Tried to flee her abusive husband in Afghanistan. As a punishment he cut off her ears and nose as a punishment and left her to die.

Unless you have been hanging with Eric Holder or Janet Napolitano, most Americans understand the threat of radical Islam. We understand that on 9-11 virgin loving Muslims ran planes into towers murdering thousands of Americans in the name of Allah. We understand that two American airmen lost their lives last week in Germany when a radical Muslim brutally shot them (even though the politically correct Commander-in-Chief has yet to admit it was indeed a terrorist attack as usual).  The violent aspect of radical Islam is pretty clear to most of us. Unfortunately, too many Americans still fail to see the non-violent means by which radicals will infiltrate the United States in order to usher in Islamic rule. What’s worse is when elected officials who take the oath to protect and defend America from such threats as Sharia, don’t even see the yellow lights blinking.

In August of 2008, under then Governor Tim Pawlenty, the Minnesota Housing Finance Agency along with the African Development Center created a special program so Muslims wouldn’t have to violate Sharia Law in purchasing a home. Sharia Law disallows Muslims from paying interest. So what the MHFA did was create a special program for the Muslims in order to accommodate their religious law. Gee, I could really see states doing this for Christians or Jews! In a nutshell, the state would buy the home at a higher price. They would then turn around and sell it to the Sharia compliant Muslim buyer with the monthly payments being agreed to at the current mortgage rates. There is no additional interest because the home was bought at a higher price thus it factors in what payments would have been with a traditional mortgage. The Muslims said they just couldn’t go against their Muslim beliefs. Then don’t buy in America. So as Christians, can we now say that we don’t want to pay our taxes because we don’t want our tax dollars going to Planned Parenthood which funds killing babies? That’s against my beliefs! I highly doubt the government would accommodate us in that regard!

Eighteen months after the implementation of the program and a few happy Muslim home buyers later, it shut down. No, not because the Sharia light bulb went off in the heads of those in the MHFA but because American citizens were outraged! Once again, Americans stepped up to the plate when government failed the people. ACT! For America (a Jihad watchdog group) went to the ends of the earth to bring this to the attention of radio shows and blogs. It worked. The problem is what if Americans didn’t show their outrage? What if it was never known that Minnesota was creating an entirely new program to accommodate Muslims? It would still be going on today. I know that many will say that Pawlenty had nothing to do with it. The argument has already been made that it was done by the housing agency. Ok, so what does that tell you about Pawlenty’s ability to know what is going on in his own state and under his own housing agency? If he can’t stop Sharia compliancy in his own state and is oblivious to their sneaky ways, how is he going to protect the United States? Don’t take the risk America. When it comes to Islamic law having any part in America, its one strike and you’re out with me!

I can live with a candidate that may have made some bad marital choices, I am fine with someone who maybe hasn’t been on center stage, I can deal with a former Senator who may not have the ‘’it’’ factor. What I can’t accept is a former Governor whose state bent over backwards for Muslims as they usher in Sharia Law and he had no clue as to what was going on. Regardless of the fact the program was done away with after eighteen months, that is eighteen months way too long! Sharia Law isn’t something you just say ‘’oops’’ about overlooking.

The danger of Sharia Law billowing over America’s Constitution has become more and more evident. Not all radical Muslims are going to initiate Umma (one world under Islam) by violence. They are going to do it by getting into government, the banking system (uh hum! Pawlenty) schools and businesses. It will creep in little by little just as it has in Europe. The fact is Sharia isn’t just a law regarding interest payments or banking regulations. It is a brutal, barbaric and violent law. How on earth could any American be passive about this tyrannical law being implemented in America? I’m just wondering, where are all the Liberals admonishing the uprising of Sharia Law compliancy in America? Aren’t they supposed to be the cheerleaders of the non-existent ‘’separation of church and state” clause? Where are all the secular Liberals denouncing Islamic law from partaking in American government? Where is the ACLU on this one? I suppose since it’s a crescent moon and not a cross that meshing religion and government is now okay right?

I have always stressed the importance that America must have a leader with discernment. It’s either there or it’s not. We must have a leader that recognizes the threat of radical Islam; violent and non-violent. We must have a leader who sees special laws being enacted for Muslims as a major danger for America. The worst thing Americans can do is repeat what happened in 2008 by electing another President who bows to Islam under the tolerance veil at the expense of American freedom.