Ramadan 2019 Starts With A Bang As Islamic Terrorists Kill 165, Wound 145 During First Week Of Muslim ‘Holy’ Month To Please Their Moon God Allah

In 2019, Ramadan, a time when Islamic extremists believe Allah doubly rewards martyrdom and jihad, began at sunset on May 5 and is expected to last through sundown on June 4. In the days leading up to Ramadan, ISIS’ elusive leader, Abu Bakr al-Baghdadi, resurfaced in his first video in five years, urging Muslims to carry out more attacks as he pledged to take revenge on those who demolished the group’s so-called caliphate that once spawned across swathes of Iraq and Syria.

Islamic terrorists, mainly the Islamic State (ISIS/ISIL), carried out more than 30 attacks in over ten countries during the first week of the ongoing holy month of Ramadan, killing at least 166 people and injuring 155 others.

Why do Islamic terror attacks increase so dramatically during the ‘holy’ month of Ramadan in Islam? Because Islam teaches that during that time, their moon god Allah will ‘reward them double’ for acts of martyrdom where they kill themselves and innocent people around them. Allah is angry all the time, it would seem, and the only thing that serves to pacify him to any degree is when his followers murder the ‘infidels’ who don’t believe in him. Ironically, most of the people killed in Islamic terror attacks during Ramadan are Muslims. Go figure.

“And he will be a wild man; his hand will be against every man, and every man’s hand against him; and he shall dwell in the presence of all his brethren.” Genesis 16:12 (KJV)

The father of the Muslims, Ishmael, is someone that scripture says is a ‘wild man’ whose hand is against everyone, and that is certainly true when we look at modern-day Islam and Islamic terrorism. The bible further goes on to say, in multiple places like Zechariah 14 and Galatians 4, that the Muslims are cast out of Israel when the King of Kings returns to fight the Battle of Armageddon at the Second Coming.

FROM BREITBART NEWS: That means, so far, jihadis have killed an average of 24 people and injured 22 others each day during the first week of the holy month. In 2019, Ramadan, a time when Islamic extremists believe Allah doubly rewards martyrdom and jihad, began at sunset on May 5 and is expected to last through sundown on June 4.

During the first week of the holiest month for Muslims, Breitbart News determined that Afghanistan (61 deaths, 44 injuries) and Iraq (29 deaths, 27 injuries) were the deadliest countries. Afghanistan alone accounts for more than 35 percent of all deaths and about 30 percent of all injuries.

Despite the complete fall of the so-called ISIS caliphate in March, U.S. military and intelligence officials believe the group remains a significant threat in its home base of Iraq and Syria and beyond. So far, ISIS is the most prolific jihadi group during Ramadan, responsible for 13 attacks that left 47 people dead and 42 others injured. All but one (Nigeria) of the incidents took place in Iraq and Syria.

Jihadist groups urge their followers and supporters to intensify their efforts to castigate infidels during the holy month, arguing that Allah exceptionally rewards martyrdom on Ramadan.

In the days leading up to Ramadan, ISIS’ elusive leader, Abu Bakr al-Baghdadi, resurfaced in his first video in five years, urging Muslims to carry out more attacks as he pledged to take revenge on those who demolished the group’s so-called caliphate that once spawned across swathes of Iraq and Syria.

“Our battle today is one of attrition and stretching the enemy. They should know that jihad is ongoing until the day of judgment,” Baghdadi declared, adding, “Truthfully, the battle of Islam and its people against the cross [Christians] and its people is a long battle.” 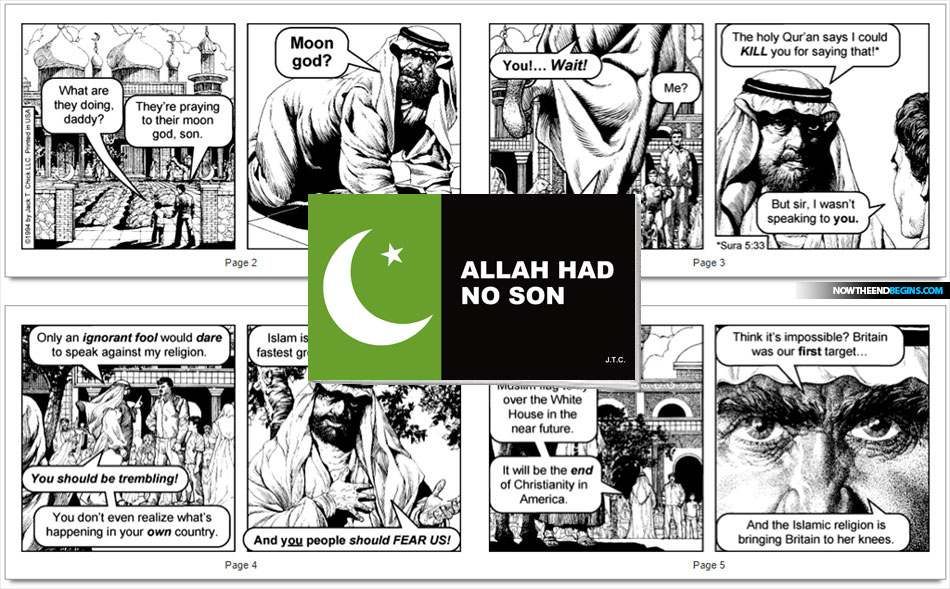 CLICK TO READ “ALLAH HAD NO SON” FROM CHICK GOSPEL TRACTS

In rejecting a Ramadan truce offer by the Afghan government early this month, Zabihullah Mujahid, a spokesman for the Taliban, similarly proclaimed, “As jihad is … the best part of worship, doing it on Ramadan is rewarded more than in other months.”

The vast majority of victims during Ramadan are Muslims.

Breitbart News primarily gleans its data for its Ramadan death tally from the Religion of Peace website, but it also relies on media and government reports. News outlets and officials may update some of the fatality figures as some of the injured victims succumb to their injuries, triggering a change in the count after Breitbart News publishes this report.

Most Muslims follow the peaceful Ramadan tradition of abstaining from eating, drinking, smoking, having sex, and other physical needs each day, starting from before the break of dawn until sunset. However, the number of attacks at the hands of jihadis tends to escalate during the month when compared to other times during the year.

Breitbart News has documented the following attacks during Ramadan: