The police set up a barrier around the pro-Israel protesters in front of the White House. But that was not enough. Merica then posted a photo with a caption... 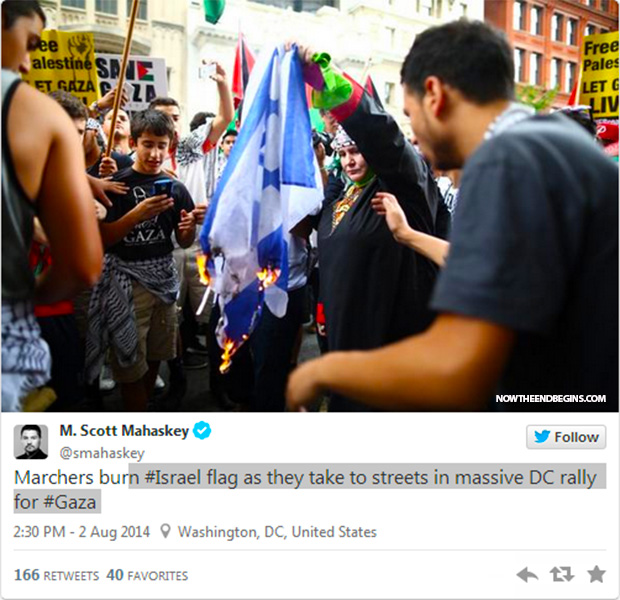 Protesters shouted “death to the Jews”, “death to Israel”, and then, things got so violent that the few, brave pro-Israel supporters had to be removed via police escort to ensure their safety. Did this take place in Syria, Iran, Gaza? No, this took place outside the Obama White House in the United States of America.

Race-baiter and vitriolic Jew-hater Cornel West gave a speech today on behalf of Muslims everywhere who hate Israel and desire to see the Jew “driven into the sea”. Wherever you see Muslim Jew-haters, you will invariably also see liberal Democrats supporting them. 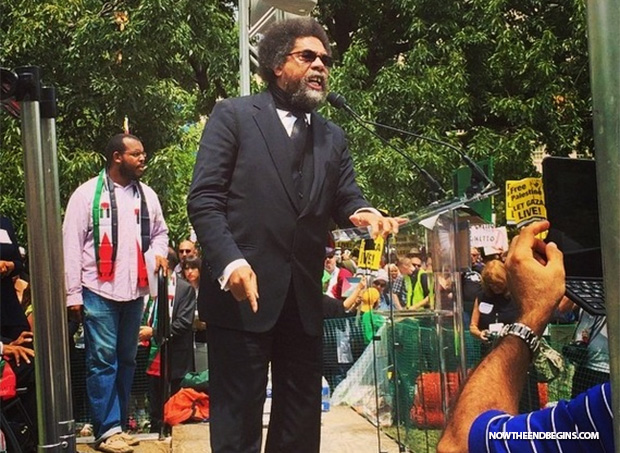 Dan Merica, associate producer for CNN Politics has sent out a series of photos and reports on social media about Israel supporters being evacuated in police vans from in front of the White House after being surrounded by menacing Hamas supporters. Merica was there covering a pro-Hamas rally by the communist terrorist support group ANSWER being held at Lafayette Park. Merica reported Cornell West spoke at the rally. 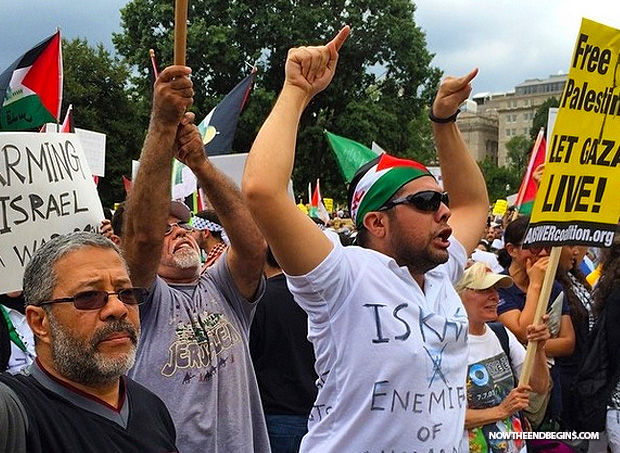 Pro-Palestinian protesters shout “stop the genocide” at a small pro-Israel counter protest outside the White House.

The police set up a barrier around the pro-Israel protesters in front of the White House. But that was not enough. Merica then posted a photo with a caption saying the pro-Israel group was being put in police vans and were being escorted away for their safety.

The Hamas supporters torching an Israeli flag outside the White House

Isn’t it amazing that such hateful, antisemitic people feel perfectly comfortable and at-home spewing their hateful rhetoric outside of the White House? And isn’t it also amazing that not one word of condemnation of their cowardly, racist and antisemitic activities was issued from anyone in the Obama administration? Guess they approved of what they were saying.