"Military solutions are now fully in place, locked and loaded, should North Korea act unwisely. Hopefully Kim Jong Un will find another path!" Trump wrote on Twitter, a day after his defense secretary said the United States was ready to counter any threat from Pyongyang.

U.S. President Donald Trump issued another warning to North Korea on Friday with a reference to American weapons as being “locked and loaded.”

“Military solutions are now fully in place, locked and loaded, should North Korea act unwisely. Hopefully Kim Jong Un will find another path!” Trump wrote on Twitter, a day after his defense secretary said the United States was ready to counter any threat from Pyongyang.

North Korea’s threat on Thursday to test-fire ballistic missiles soon near the American territory of Guam deepened the challenge confronting the Trump administration: how to defang Pyongyang’s missile programs without risking all-out war.

President Trump has made clear that his goal is to deny North Korea the capability to field a long-range nuclear-tipped missile that could strike the United States.

And though the Pentagon still hopes for a diplomatic solution, highly classified military options are at the ready, last seriously debated when the Clinton administration pondered pre-emptive action to try to thwart North Korea’s nuclear program.

Even a limited strike against a North Korean missile on its launching pad or the shooting down of a missile in midair would pose risks that the North’s leader, Kim Jong-un, might retaliate, setting off a spiral of escalation that could plunge the Korean Peninsula into war.

“In the event of a first strike against Kim, even a non-nuclear option, it is highly likely that Kim would retaliate at least conventionally against South Korea,” said James Stavridis, a retired four-star admiral who is now dean of Tufts University’s Fletcher School of Law and Diplomacy. “This almost certainly would create an upward spiral of violence which would be extremely difficult to manage or to mitigate.” 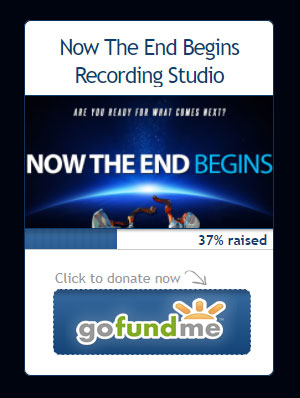 CLICK TO READ HOW YOU CAN HELP NTEB REACH OUR GOAL!

The Trump administration’s first recourse has been diplomacy. Secretary of State Rex W. Tillerson sought to head off North Korea’s missile program this week by suggesting that the United States could open talks with Pyongyang if North Korea would halt its missile tests.

On Thursday, however, North Korea raised the stakes by saying that it was considering a plan to test-fire four intermediate-range Hwasong-12 missiles in international waters near Guam, home to American air and naval bases as well as a Thaad antimissile system.

Mr. Trump hinted broadly later in the day that he has his own military options in mind. “Obviously we’re spending a lot of time looking at, in particular, North Korea,” he told reporters, “and we are preparing for many different alternative events.”

But few of the military options are straightforward, and some former Pentagon officials involved in war planning for North Korea pointed to the complexities.

A major consideration would be whether and when to evacuate American and other allied civilians, which is no small feat as Seoul, a city of about 10 million, is within range of North Korea’s rockets and artillery and the North Korean military is also armed with chemical and biological weapons.

“With all this talk, what I worry about is a serious miscalculation,” said James D. Thurman, a retired Army general who served as the top United States commander in South Korea from 2011 to 2013. “Before we start talking about all these military options, we have to decide what are we going to do with the U.S. citizens over there.”

He estimated that at least a quarter-million Americans would have to be moved.

If the United States was prepared to go beyond a limited strike, it could conduct a surprise attack on North Korea’s missile garrison and weapon storage areas, using American aircraft stationed in Guam, in Japan and on aircraft carriers as well as strategic bombers that would be refueled in flight. source