Despite the evolution of societal trends, homosexuality continues to be intensely-debated on moral, spiritual and theological grounds. With the Bible traditionally viewed as a document that condemns the actions associated with same-sex attraction, some anonymous editors have set out to reinterpret scriptures to create a new translation — “The Queen James Bible” — that is favorable to gays and lesbians.

“For there are certain men crept in unawares, who were before of old ordained to this condemnation, ungodly men, turning the grace of our God into lasciviousness, and denying the only Lord God, and our Lord Jesus Christ.” Jude 1:4 (KJB) 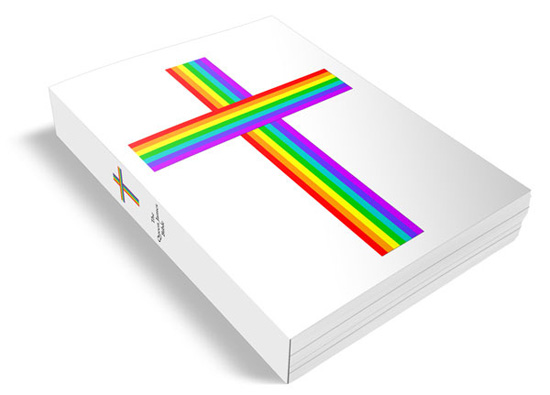 The editors claim that the word “homosexual” was not placed in the holy book until 1946. Their new version is purportedly a purer — at least in their view — take on the scriptures (although references to same-sex attraction were clearly in the Bible from its inception).

At first glance, and even when you dig beneath the surface, it’s difficult to discern who is behind the publication (the publisher of the book on Amazon is listed as “Queen James”), as there is no organization overtly mentioned on the web site advertising the alternative Bible.

That said, the editors, though unnamed, are bold in explaining their intriguing project.

The Queen James Bible (QJV), also called the “Gay Bible,” is an edit of the biblical text done in the name of preventing “homophobic interpretations.” To accomplish this goal, the publishers printed a Bible in which all negative references to homosexuality have been removed. The Queen James Bible was published in 2012 and is based on the 1769 edition of the King James Bible. 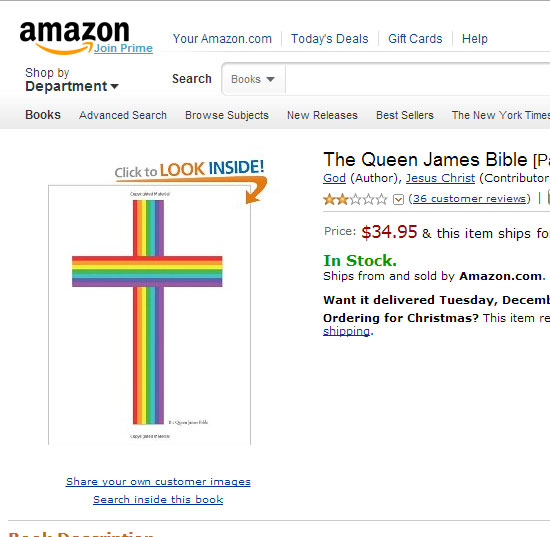 Perhaps you’ve heard this was a hoax? Nope, you can buy it on Amazon right now…

Taking into account the eight verses that are most frequently cited in arguments against homosexuality and same-sex attraction, the editors amended them “in a way that makes homophobic interpretations impossible.” Because the King James translation is the most popular version of the Bible, it was selected to be repurposed. source – The Blaze