Pope Francis to Release Pop-Rock Album ‘Wake Up!’ This November

His Holiness Pope Francis will spread his message of hope, faith and unity in the form of a prog-rock-infused album titled Wake Up! this November.... 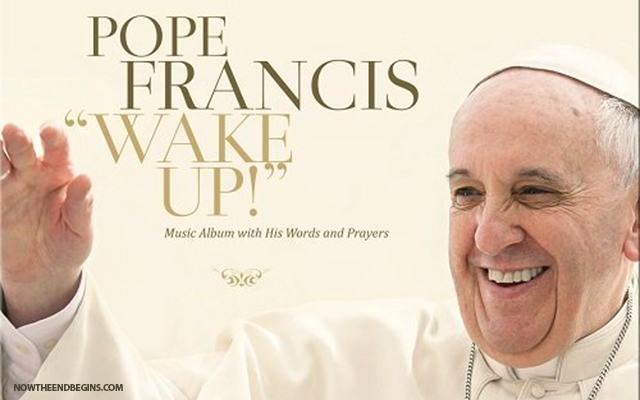 His Holiness will spread his message of hope, faith and unity in the form of a prog-rock-infused album titled Wake Up! this November.

“A time will come when instead of shepherds feeding the sheep, the church will have clowns entertaining the goats.”– C.H. Spurgeon

EDITOR’S NOTE: Charles Spurgeon said this: “My first contention is that providing amusement for the people is nowhere spoken of in the Scriptures as a function of the church.  If it is a Christian work, why did not Christ speak of it?  “Go ye into all the world and preach the gospel to every creature.”(Mark 16:15)  That is clear enough  So it would have been if He had added,  “and provide amusement for those who do not relish the gospel.” No such words, however, are to be found. It did not seem to occur to him.”

The Vatican-approved LP, a collaboration with Believe Digital, features the Pontiff delivering sacred hymns and excerpts of his most moving speeches in multiple languages paired with uplifting musical accompaniment ranging from pop-rock to Gregorian chant. Wake Up! arrives November 27th, with the iTunes pre-order now available with an instant download of “Wake Up! Go! Go! Forward!,” .

The Argentinean-born Pope Francis, the first Pope born outside of Europe, has reignited a Catholic base and inspired millions outside his own religious denomination with his selfless, unifying messages that encourage climate change protection, assistance for the homeless and his hope for equality for all, even in the case of hot-button issues like same-sex marriage and immigration.

Anyone see the Name of Jesus Christ anywhere on this list? Nope, but I do see song #2 is a little ditty worshipping Mary. Hmm…

Speaking to Congress Thursday, Pope Francis asked the leaders of the most powerful and wealthiest nation to mend the “open wounds” of a planet ripped apart by hate, poverty, weapons and climate change. “I know that you share my conviction that much more still needs to be done, and that in times of crisis and economic hardship, a spirit of global solidarity must not be lost,” the Pope told Congress.

Click here to listen to a sample track from his new album.