Pope Francis Says Genesis Account Of Creation Is Not True

The Catholic Church no longer teaches creationism - the belief that God created the world in six days - and says that the account in the book of Genesis... 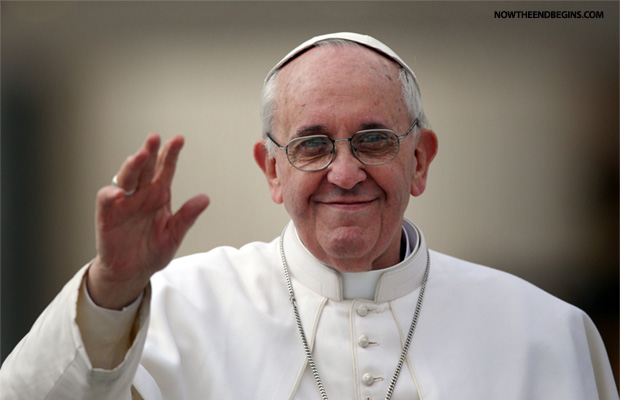 The Big Bang, which scientists believe led to the formation of the universe some 13.8 billion years ago, was all part of God’s plan, Pope Francis has declared.

“For by him were all things created, that are in heaven, and that are in earth, visible and invisible, whether they be thrones, or dominions, or principalities, or powers: all things were created by him, and for him: And he is before all things, and by him all things consist.” Colossians 1:16,17

The Pope said the scientific account of the beginning of the universe and the development of life through evolution are compatible with the Catholic Church’s vision of creation. He told a meeting of the Vatican’s Pontifical Academy for Sciences: ‘The Big Bang, which today we hold to be the origin of the world, does not contradict the intervention of the divine creator but, rather, requires it.’

But he said Christians should reject the idea that world came into being by chance. Likewise, evolution was all part of God’s plan, he explained. The development of each creature’s characteristics over millennia ‘does not contrast with the notion of creation because evolution presupposes the creation of beings that evolve,’ he said.

“Reading Genesis we imagine that God is ‘a wizard with a magic wand’ capable of doing all things, he said. ‘But it is not so. He created life and let each creature develop according to the natural laws which he had given each one.’

Francis praised his predecessor, Benedict, who initiated attempts to shed the Catholic Church’s image of being anti-science, a label that stuck when it condemned the astronomer Galileo to death for teaching that the earth revolves around the sun.