On Monday, as he flew on-board the papal airplane, Pope Francis made a curious comment about his own death when he said "Two or three years and then I'll... 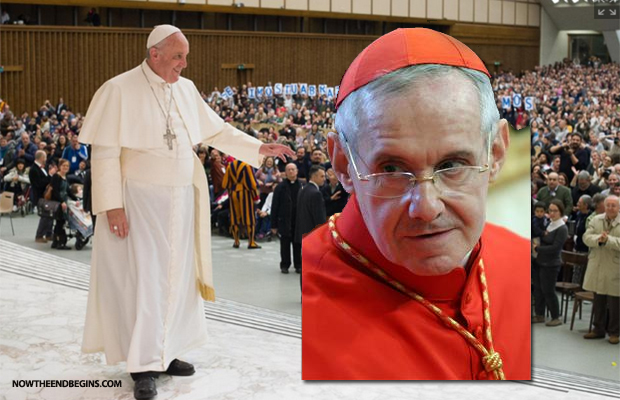 “And here is the mind which hath wisdom. The seven heads are seven mountains, on which the woman sitteth.” Revelation 17:9

On Monday, as he flew on-board the papal airplane, Pope Francis made a curious comment about his own death when he said “”I see it as the generosity of the people of God. I try to think of my sins, my mistakes, not to become proud. Because I know it will last only a short time. “Two or three years and then I’ll be off to the Father’s House.”

Even though the 77 year old Francis is a relatively young man as far as popes go, Vatican insiders say he talks often of the idea that he has not long left to live. Then yesterday, he appointed French Cardinal Jean-Louis Tauran as the man who will succeed him in the event of his untimely death. It was Tauran, as a senior cardinal deacon, who said the words “Habemus Papam” (We have a pope) from the central balcony of St. Peter’s Basilica on the night of Francis’ election on March 13, 2013 and then announced the name of the new pope to the world.

Never a dull moment in the Vatican these days, blink and you’ll miss a lot. Stay tuned…