His speeches can blend biblical fury with apocalyptic doom. Pope Francis in Paraguay called for a global movement against a “new colonialism” rooted in an inequitable economic order.... 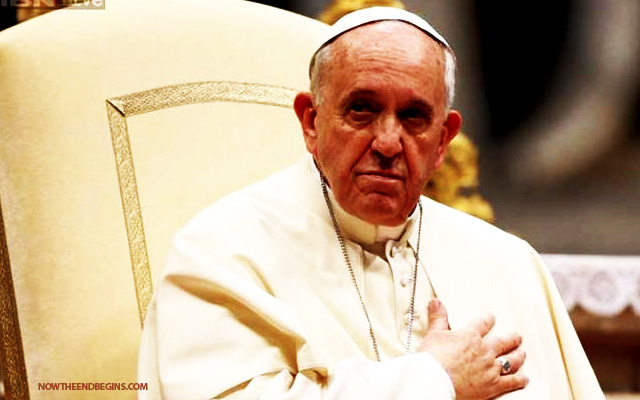 “Standing afar off for the fear of her torment, saying, Alas, alas, that great city Babylon, that mighty city! for in one hour is thy judgment come.” Revelation 18:10 (KJV)

EDITOR’S NOTE: Pope Francis, having laid the groundwork over the past two years, has begun his ascent to obtaining raw political power. Francis is going to create a One World Church powered by the Revived Roman Empire, then he is going to combine the two. Just you watch and see…

ASUNCIÓN, Paraguay — His speeches can blend biblical fury with apocalyptic doom. Pope Francis does not just criticize the excesses of global capitalism. He compares them to the “dung of the devil.” He does not simply argue that systemic “greed for money” is a bad thing. He calls it a “subtle dictatorship” that “condemns and enslaves men and women.”

THE COMING STORM: “And I beheld another beast coming up out of the earth; and he had two horns like a lamb, and he spake as a dragon.” Revelation 13:11 (KJV)

Having returned to his native Latin America, Francis has renewed his left-leaning critiques on the inequalities of capitalism, describing it as an underlying cause of global injustice, and a prime cause of climate change. Francis escalated that line last week when he made a historic apology for the crimes of the Roman Catholic Church during the period of Spanish colonialism — even as he called for a global movement against a “new colonialism” rooted in an inequitable economic order.

The Argentine pope seemed to be asking for a social revolution.

“This is not theology as usual; this is him shouting from the mountaintop,” said Stephen F. Schneck, the director of the Institute for Policy Research and Catholic studies at Catholic University of America in Washington. source