Police have taken fingerprints and have canvassed the neighbourhood to try and identify who delivered the material. The Pamphlet appears to originate from American evangelical Christian Jack Chick, who was known for his anti-Islam, anti-Judaism, anti-Catholic cartoons.The New Zealand Muslim Association president Ikhlaq Kashkari says he's pleased the police are taking it so seriously. Mr Kashkari says we must remember these are just fringe elements. Police are urging anyone with similar concerns to contact them and say they are taking the matter seriously.

A Sri Lankan woman living in Mt Roskill, who didn’t want to be identified, told 1 News she saw someone leaving the leaflet in her letterbox.

“Remember the word that I said unto you, The servant is not greater than his lord. If they have persecuted me, they will also persecute you; if they have kept my saying, they will keep yours also.” John 15:20 (KJV)

Do you get the sense that the wide-open window we have enjoyed for so long is starting to close? I do. Yes, this story takes place in New Zealand and not in America, but guess what? America is a kitten’s whisker away from turning Socialist. Could I see Americans in America arrested for handing out gospel tracts if the Democratic Socialists get power? I absolutely do! Read the story below and click on the link to read the new Chick tract on Islam in its entirety, and then ask yourself if it hate speech, or is it the gospel?

This article refers to people who hand out gospel tracts as ‘fringe elements’ and ‘extremists’, and calls for them to be locked up. Locked up for handing out gospel tracts. The door is closing people, and it’s closing fast. Like we always say, if you’re looking to get something done for the Lord, do it soon.

NEWSNOW NEW ZEALAND: Police are investigating the distribution of anti-Islam material in Auckland letterboxes. She was so concerned about the material she took it to police. “I think they are taking it serious, they came immediately,” she said. Before the Christchurch terror attacks, she’d never seen such material. Mt Roskill is one of Auckland’s most diverse suburbs.

Police have taken fingerprints and have canvassed the neighbourhood to try and identify who delivered the material. The pamphlet appears to originate from American evangelical Christian Jack Chick, who was known for his anti-Islam, anti-Judaism, anti-Catholic cartoons. 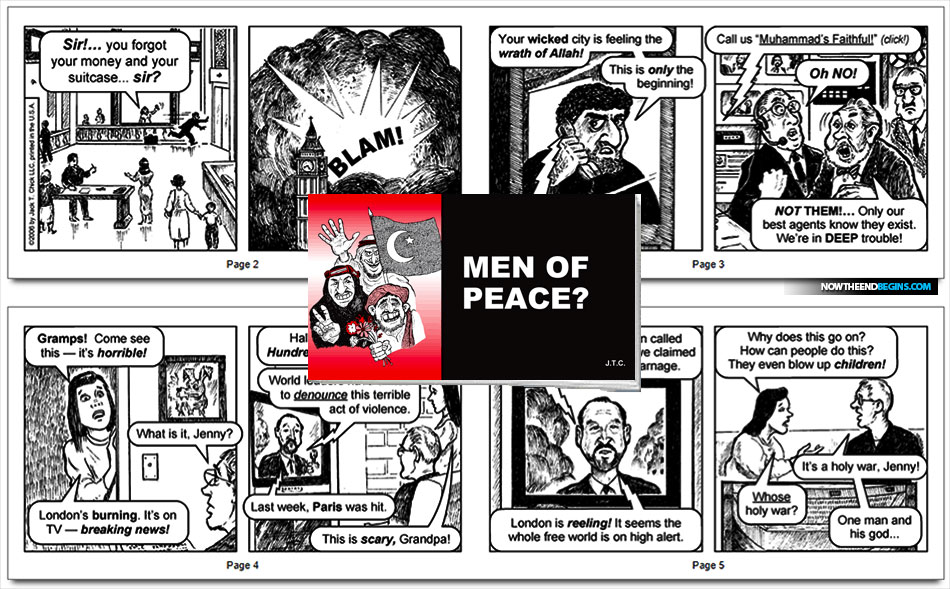 CLICK TO READ THE CHICK GOSPEL TRACT ‘MEN OF PEACE?’

“It’s quite a significant change from the past. when i’ve reported that messages and emails that are coming through, they’ve said they are just psychological issues. We have been encouraging people to report, because we’ve had the silent majority not speaking for some time so we’re encouraging New Zealand and the community to discuss these things,” he said.

Mr Kashkari says we must remember these are just fringe elements. Police are urging anyone with similar concerns to contact them and say they are taking the matter seriously. READ MORE