An anti abortion group on Tuesday released an undercover video of an official at Planned Parenthood discussing in graphic detail how to abort a fetus to preserve its organs... 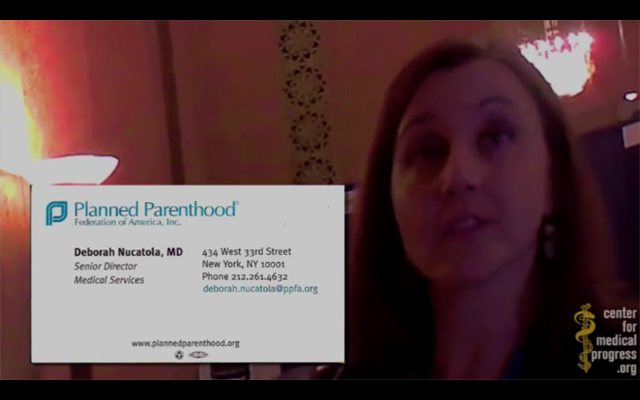 “Speaking lies in hypocrisy; having their conscience seared with a hot iron;” 1 Timothy 4:2 (KJV)

EDITOR’S NOTE: We have all seen the WWII videos of Hitler’s demon-possessed goons eating, drinking and laughing over a meal after just having gassed a thousand Jews in a concentration camp shower stall. And we have hopelessly racked our brains trying to understand the level of barbarity it takes for humans to act like that. Now watch this video and you tell me if what you see there is any different from that.

An anti abortion group on Tuesday released an undercover video of an official at Planned Parenthood discussing in graphic detail how to abort a fetus to preserve its organs for medical research — as well as the costs associated with sharing that tissue with scientists.

Over lunch at a Los Angeles restaurant, two antiabortion activists posing as employees from a biotech firm met with Deborah Nucatola, Planned Parenthood’s senior director of medical research. Armed with cameras, the activists recorded Nucatola talking about Planned Parenthood’s work donating fetal tissue to researchers and pressed her on whether the clinics were charging for the organs.

The Center for Medical Progress, which recorded and edited the video, says the footage proves that Planned Parenthood is breaking the law by selling fetal organs. But the video does not show Nucatola explicitly talking about selling organs. The Planned Parenthood official says the organization is “very, very sensitive” about being perceived as illegally profiting from organ sales and charges only for the cost, for instance, of shipping the tissue. source