It's funny how these things always seem to be following Obama around, you almost get the feeling that Someone is trying to give you a message. Take a look... 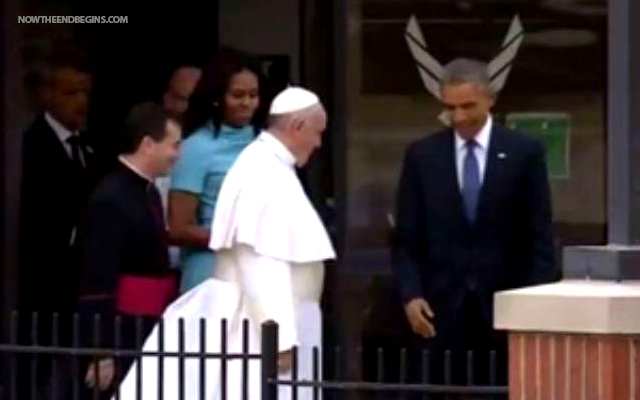 This has become a recurring theme with the American president

It’s funny how these things always seem to be following Obama around, you almost get the feeling that Someone is trying to give you a message. Take a look at the shot a photographer captured of Obama escorting Pope Francis around Washington today. They say a picture tells a thousand words, and that is certainly true in this case.

When Barack Obama was first elected in 2008, he was constantly pictured with an angelic glow surrounding him. Artists would frequently draw him with a halo surrounding his head. He was the Liberal Messiah for a lost and dying world. But something changed along the way. Halos have given way to horns. Scary, dark, nasty looking horns. Click here to see another Obama horns photo from September 11, 2014.