Palestinian Cabinet To Resign In Wake Of Mideast Turmoil 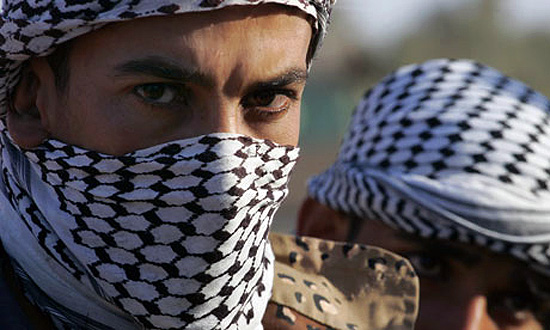 Another one falls, Israel’s concerns grow

Ever since the fall of Tunisia, NTEB has been telling you that every major Muslim country in the Middle East will be realigned by the hardline Sharia-friendly elements inside them with the goal being an eventual attack on Israel. And that is exactly what we are seeing right now…

Eye on Israel. Hardcore, hard line and Sharia-friendly groups are taking control of the Middle East one by one.

RAMALLAH, West Bank (Reuters) – The Palestinian cabinet will tender resignations Monday after which Prime Minister Salam Fayyad will select new ministers at the request of President Mahmoud Abbas, political sources said. The shake-up, disclosed to Reuters Sunday, was long demanded by Fayyad and some in Abbas’s Fatah faction. It follows the fall of Egyptian President Hosni Mubarak to a popular revolt that has set off reform calls throughout the Arab world.

“There will be massive change in the composition of the government,” one political source said of the planned mass-resignations in Abbas’s Palestinian Authority, which was formed under 1993 interim peace deals with Israel. Another source said: “Dr. Fayyad will immediately start his discussion with the factions to form the cabinet. Some ministers will keep their portfolios.” source – Reuters