Pakistan has doubled its nuclear weapons stockpile over the past several years, increasing its arsenal to more than 100 deployed weapons, according to a published report. As a result,... 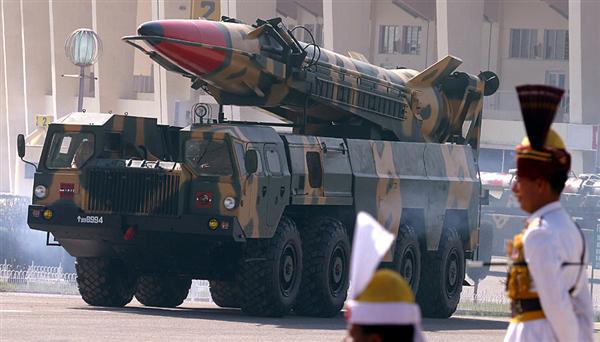 Only four years ago the Pakistani nuclear arsenal was estimated at 30 to 60 weapons; today estimates place the number around 110.
by Geoffrey Grider February 1, 2011
NOW THE END BEGINS SHARE:

Keeping a close eye on Pakistan

Remember that whole story about Pakistan becoming more radicalized by the day? Well then, this news may be a bit unsettling. Pakistan’s nuclear arsenal is growing at a a constant rate, doubling in just four years. It was not that long ago that trouble was brewing in Pakistan and the Taliban was gaining so much ground that it looked like they could very well take over the country. And how about the assassination of Benazir Bhutto, while campaigning for the the country’s 2008 elections? There are a number of concerns when it comes to the nation of Pakistan, and it is certainly a nation that needs to stay on the radar of possible trouble ahead.

Governmental stability. Pakistan currently offers a more stable government than the likes of Tunisia, but the people are experiencing pain from economic hardship just the same. The current government headed by Prime Minister Yousuf Raza Gilani is showing signs that it may soon collapse, threatened to lose majority support in Parliament.

“There is no electricity, no gas, no jobs and they are fighting one another,” said Arif Fasiullah, 35, of the central city of Multan, in a recent interview. “They do not pass any legislation. They just do dirty politics.” The inflation rate in Pakistan is above 15%, according to government statistics, and the poorest are feeling the pain most.  source: Guardian UK 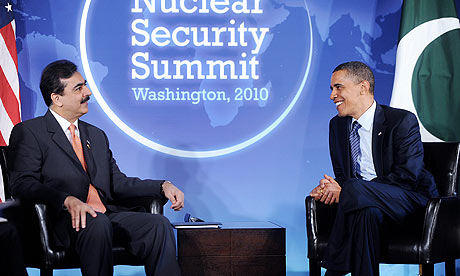 Wikileaks has released cables revealing that Anne Patterson, former American ambassador to Pakistan, wrote of concerns that nuclear material is vulnerable to slow theft from insiders.

Security of nuclear materials. There are serious concerns over lack of security when it comes to Pakistan’s nuclear material, despite American efforts to ensure that such material does not get into the hands of terrorists.

In one of the cables the former US ambassador to Pakistan Anne Patterson told the US officials: “Our major concern is not having an Islamic militant steal an entire weapon but rather the chance someone working in the government of Pakistan facilities could gradually smuggle enough material out to eventually make a weapon.”  source: Times of India

A constantly growing nuclear arsenal. Pakistan has doubled its nuclear weapons stockpile over the past several years, increasing its arsenal to more than 100 deployed weapons, according to a published report. As a result, Pakistan has now edged ahead of India, its nuclear-armed rival, The Washington Post reported late Sunday, citing non-government analysts. India is estimated to have 60 to 100 weapons.

“They have been expanding pretty rapidly,” the report quoted David Albright, president of the Institute for Science and International Security, as saying. Based on recently accelerated production of plutonium and highly enriched uranium, Islamabad may now have an arsenal of up to 110 weapons, Albright said.  source: Fox News

Only four years ago the Pakistani nuclear arsenal was estimated at 30 to 60 weapons; today, the number is closer to 110.

Pakistan as a top nuclear power. But the bigger worry is the production of nuclear materials. Based on the latest estimates of the International Panel on Fissile Materials, an outside group that estimates worldwide nuclear production, experts say Pakistan has now produced enough material for 40 to 100 additional weapons, including a new class of plutonium bombs. If those estimates are correct — and some government officials regard them as high — it would put Pakistan on a par with long-established nuclear powers.