Osama Bin Laden Buried At Sea In A Hurry, Why?

US sources report that Osama bin Laden was buried at sea to avoid creating a permanent shrine on land for jihadist terrorists to visit. Saudi Arabia was first... 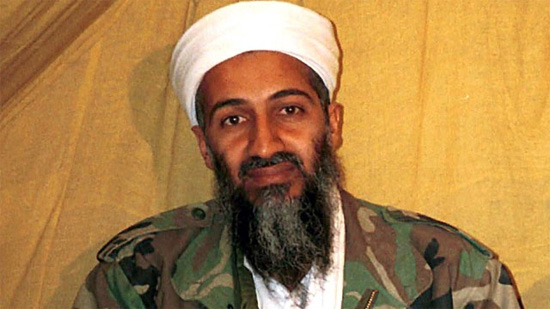 Almost as soon as the news broke that Osama Bin Laden was killed in a gunfight, NTEB has learned that the body of Bin Laden was “buried at sea”. I don’t know about you but I’m still waiting for some photographic proof that Bin Laden was indeed shot and killed. This is especially suspicious as we also have Obama crowing about the fact that the military operation that is reported to have killed BIn Laden happened, as Obama said, “at my direction.” In the 2.5 years that Obama has been occupying the president’s chair, I have yet to see something good, reliable and trustworthy that has happened at “his direction.”

US sources report that Osama bin Laden was buried at sea to avoid creating a permanent shrine on land for jihadist terrorists to visit.  Saudi Arabia was first asked to take the body and refused.
US military and intelligence sources disclose that Abbottabad, where al Qaeda leader Osama bin Laden was shot dead Sunday night, May 2, by a squadron of US Seals, is a Pakistani garrison town where a large military base is located. His villa was just 100 meters away from Pakistan’s military academy and 120 kilometers from the capital, Islamabad and Pakistani intelligence headquarters.” source – DEBKA 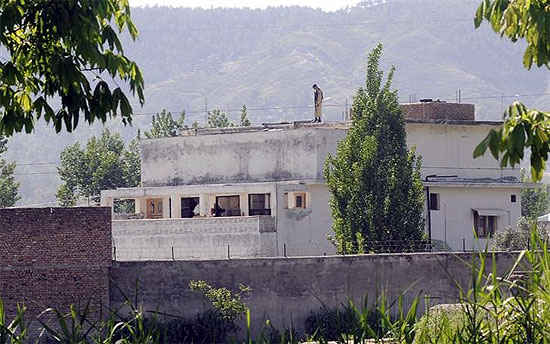 The compound where Osama Bin Laden was reportedly shot and killed.