Marine Lance Cpl. Sean Neal, a 19-year-old from California, died in Baghdad on Thursday in what a Pentagon statement described as a noncombat incident. Further details about how Neal... 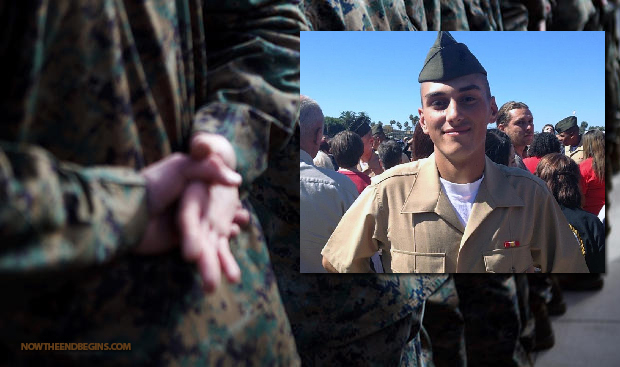 The Pentagon on Friday reported the first death of a U.S. military serviceman in Iraq in its new mission to combat Islamic State militants who have seized large areas of Iraq and Syria

Marine Lance Cpl. Sean Neal, a 19-year-old from California, died in Baghdad on Thursday in what a Pentagon statement described as a noncombat incident. Further details about how Neal died were not immediately available.

Rest in peace, Lance Cpl. Sean Neal, thank you for your service.

Earlier this month, a Marine was deemed lost at sea after he fell from an aircraft into the Arabian Gulf.

The Pentagon said Neal’s death was the first U.S. casualty in Iraq since the Obama administration began its “Inherent Resolve” mission, which now includes airstrikes against the extremist group in Iraq and Syria and a growing number of U.S. military personnel on the ground in Iraq in August.

The Marine’s death is a milestone for the Obama administration, which withdrew U.S. troops from Iraq in 2011 and has sought to ensure the United States is not drawn into more of the costly, messy ground wars that characterized the decade after the 9/11 attacks.