White House spokesman Jay Carney refused to directly say which city is the capital of Israel during a press briefing Thursday, saying only “our position has not changed.”... 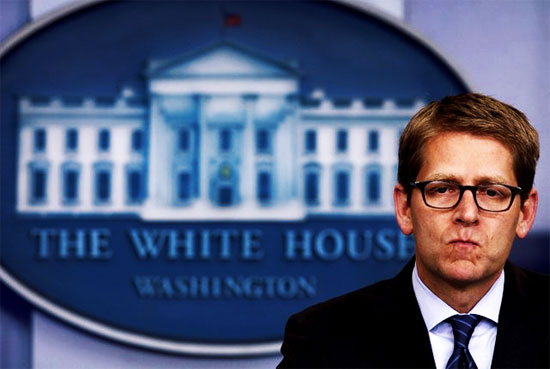 Obama’s position has not changed

And God’s position hasn’t changed either. Speaking of Jerusalem He said this – “Jerusalem shall be inhabited as towns without walls…For thus saith the LORD of hosts; After the glory hath he sent me unto the nations which spoiled you: for he that toucheth you toucheth the apple of his eye.” Zechariah 2

Enjoy watching the little weasel attempt to slip and slide his way around the question in the video below. If it wasn’t so sad, it would be funny.

From Yahoo News: White House spokesman Jay Carney refused to directly say which city is the capital of Israel during a press briefing Thursday, saying only “our position has not changed.”

“I haven’t had that question in a while,” Carney said with a slight laugh when a reporter asked whether the Obama administrationconsiders Jerusalem or Tel Aviv to be Israel’s capital. “Our position has not changed.”

“What’s the capital?” the reporter repeated.

“You know our position,” Carney said.

The exchange grew somewhat heated when World Net Daily’sLester Kinsolving interjected, “She doesn’t know, that’s why she asked…she does not know, she just said she doesn’t know — I don’t know!”