Conservative filmmaker Dinesh D'Souza, whose documentary 2016: Obama's America took a critical look at President Barack Obama and was a surprise hit in 2012, will be arrested in New... 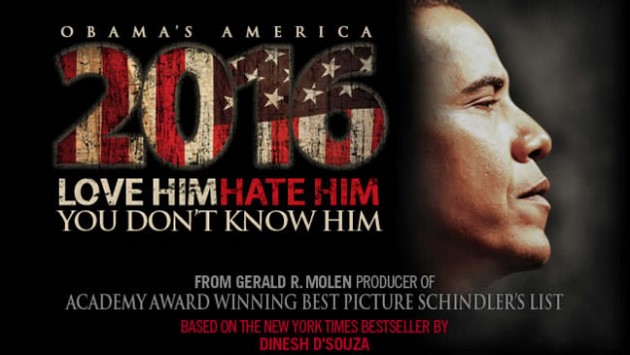 Conservative filmmaker Dinesh D’Souza, whose documentary 2016: Obama’s America took a critical look at President Barack Obama and was a surprise hit in 2012, will be arrested in New York on Friday for allegedly violating campaign-finance laws, The Hollywood Reporter has learned.

Federal authorities accuse D’Souza of donating more than is legal to the campaign of Wendy Long, who ran in 2012 for the U.S. Senate seat vacated by Hillary Clinton but lost to now-Sen. Kirsten Gillibrand. Long, though, is not mentioned in an indictment obtained by THR on Thursday.

Insiders say D’Souza has been friends with Long since they attended Dartmouth College together in the early 1980s. According to the indictment, D’Souza donated $20,000 to Long’s campaign by aggregating the money from various people and falsely reporting the source of the funds. But Gerald Molen, a co-producer of 2016, says the charge is politically motivated.

“In America, we have a long tradition of not doing what is commonly done in too many other countries — criminalizing dissent through the selective enforcement of the law,” Molen tells THR.

D’Souza first learned he was being investigated in the middle of 2013, several months after 2016 had earned $33 million at the box office and become the second-most-popular political documentary in U.S. history. The film included an interview with Obama’s half-brother, George Obama, who was mildly critical of the president.

Molen says D’Souza is being singled out for “an alleged minor violation” in the same way the IRS reportedly targeted conservative Tea Party groups for retribution. “In light of the recent events and the way the IRS has been used to stifle dissent, this arrest should send shivers down the spines of all freedom-loving Americans,” Molen says.

D’Souza was in San Diego working on his next film and book, each to be called America, when he was informed he was about to be indicted and that he should fly to New York and turn himself in to authorities. The indictment came late Thursday, according to those with knowledge of the situation.

D’Souza’s upcoming film America is due in theaters July 4 and is co-produced by Molen, who won a best picture Oscar for Schindler’s List, and Gray Frederickson, who won a best picture Oscar forThe Godfather Part II. D’Souza wrote and stars in the film, which is directed by John Sullivan. The filmmakers emailed a statement to THR vowing to release the film on schedule.

“We believe this is an unfortunate misunderstanding arising out of Dinesh D’Souza’s desire to help the uphill campaign of a friend,” the statement reads. “There was no intent to do anything illegal or corrupt in any way. This will have no impact on the film America, which will be released on the Fourth of July this year as previously announced. Filming is on schedule and D’Souza will continue to lead the enterprise.”

Sources say D’Souza has been cooperating with authorities. He will surrender Friday for processing and be arraigned in the Southern District of New York.

Benjamin Brafman, an attorney for D’Souza, tells THR that his client “did not act with any corrupt or criminal intent whatsoever … at worst this was an act of misguided friendship by D’Souza.”

Molen added: “When American citizens begin to suspect that people are being arrested for alleged minor violations because of their vocal dissent against their elected representatives or rulers, it breeds disrespect and contempt for the law and suspicion of those officials. … If this unfortunate action against Dinesh is intended to deter the release of his upcoming film, America, that effort will fail.” source – Hollywood Reporter