The ISIS attacks, which have already begun, will gradually increase in number until watching beheadings on the streets of every major American city will become as commonplace as checking... This is a sober, end times warning to all Americans: now is the time to be prepared.

America, you twice-elected a Muslim-raised Marxist who hates this country, everything is now in place and you are about to pay the price for your love affair with the dark side.  And no, we are not talking about skin color, we are talking about the spiritual darkness that Obama has wrapped around this nation, and the coming mind-numbing terror attacks that have already started here at home. America, you are about to know what it is like to live in a Third World country in the Middle East.

This is Obama’s America, and you should be afraid. Very afraid.

Right from the get go, Barack Hussein Obama told us in no uncertain terms that he was on the side of the Muslims, and that America would soon become Sharia compliant. During the 2008 campaign, like Hitler writing in Mein Kampf, he told us that radical transformation was coming if you elected him:

America, since 1776, has never needed “transformation”, all we have ever needed was good men and women who would stick to the original ideals and principles set forth by our Founding Fathers. Transformation is what you have when something changes, and this is what Obama delivered.

For the past 6 years, Barack Hussein Obama was worked tirelessly both behind the scenes and openly, to allow hundreds of thousands illegal immigrants into this country, as well as importing tens of thousands of Syrian “refugees” from the Middle East and implanting them all though the Midwest. The Bible Belt, our Heartland, is now filled with foreign-born Muslims, almost none of which have been properly processed or accounted for. Mixed in among these “refugees” are hundreds of hardcore ISIS war fighters from the Middle East who have been busy creating terror cells on our soil. This has all been done for one reason and for one reason only, to launch Islamic terror attacks on Americans in America. This past weekend, ISIS terrorists openly launched gunfire attacks on the Mohammad Cartoon contest in Garland, Texas, hosted by Pamela Geller. ISIS officially took responsibility for the attacks. Headline from the NY Daily News just today states that “ISIS threatens controversial blogger Pamela Geller in message boasting of ‘71 trained soldiers in 15 different states.” Are you getting the picture yet?

The ISIS attacks, which have already begun, will gradually increase in number until watching beheadings on the streets of every major American city will become as commonplace as checking the weather report. Why do you think that Obama has made it so hard to purchase new firearms and ammunition? He wants as few people as possible to be able to defend themselves on the streets. There is no new restrictive legislation on firearms; and yet never has the ability to buy reasonably priced ammunition and firearms in quantity been more curtailed. In loudly threatening to enact more gun control after each publicized tragic shooting, the Obama administration has created a climate of fear, which has prompted hoarding, shortages, panic buying, and paranoia, which have accomplished what the federal government could not.

How do you think that the so-called Arab Spring came about? Obama was a major player in this, and his Puppet-master, George Soros, supplied the money. The plan was to destabilize the Middles East, and rid the Arabic countries of their secular governments, and replace them with the Muslim Brotherhood. That was the plan. Did you know that there are two major lawsuits pending in Egypt right now charging both Barack Obama and Hillary Clinton with conspiracy against Egypt in concert with the Muslim Brotherhood?

In one press conference after another, when referring to the Muslim terror super-group ISIS, United States President Barack Obama will use the term ISIL instead of their former name ISIS or current name Islamic State. Have you ever wondered about that? We have. When Barack Obama refers over and over to the Islamic State as ISIL, he is sending a message to Muslims all over the Middle East that he personally does not recognize Israel as a sovereign nation, but as territory belonging to the Islamic State. Click here to read the full story on this.

Honestly, America, how much more proof do you need?

Barack Hussein Obama has had the last 6 years to fully lay the framework for Islamization of America, and if it will not be accepted willingly, it will be forced upon us. Just think of how violent the streets of America have become since 2008. Race riots happen every few months in major cites, riots which we have shown you time and again were bought and paid for by George Soros. School shootings and public bombings are off the charts since Obama’s election, they happen so often that you have subconsciously tuned them out, so here is a reminder for you. Don’t just gloss over it, read it. In his years of occupying the desk at 1600 Pennsylvania Avenue hide a sinister statistic – America has had 16 mass shootings since he became president, and this weekend’s shooting in California now brings that total to 17. And since this is a list of shootings only, it does not include the Boston Bombing Massacre that Obama used to roll out martial law for a 24-hour period in Boston. 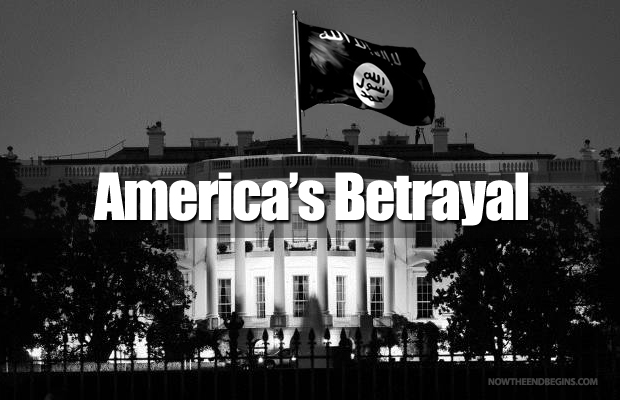 Operation jade Helm 15 is about to launch on America, and the Pentagon is trying oh-so-hard to convince us that we have “nothing to fear”. That’s exactly what Adolf Hitler told the German people in 1932, nothing to fear. Only he was lying, just like Obama and his administration are doing to us at this very moment.

“The great masses of the people will more easily fall victim to a big lie than to a small one.” – Adolf Hitler from Mein Kampf

The war is coming, ISIS at the invitation of your president is here and prepared to wage jihad on America in America. This is what you voted for when you elected Obama, this is the change he promised you. We urge to be right with Jesus Christ, because you getting ready to meet Him.

And as shocking as all this is, we haven’t even discussed the Benghazi Coverup, Fast & Furious, Solyndra, Iran’s nuclear weapons, the IRS targeting of Conservatives, the Veterans Administration scandal, Obamacare, or any other of a dozen more egregious attacks on America and Americans. Or Obama’s love for taxpayer-funded abortion and the LGBT agenda. You just keep thinking that Obama is a “lazy clown” who spends all his time on the golf course. That’s exactly the image of him he wants you to have. The Obama we are showing you is one who is a workaholic, highly-motivated, highly-funded end times Anti-American destroyer who will bring this nation to it’s knees in the face of Islamic jihadism if we let  him. He’s got a whole lot done already, wouldn’t you agree?

Our own founding documents warned us this day would come, are we ready?

I cannot say it anymore plainly or passionately than what I have expressed here in this article. What happens next, and what we as citizens allow to happen next is yet to be determined. So let me close with these timely words from a document that Obama despises, the Declaration of Independence:

When in the Course of human events, it becomes necessary for one people to dissolve the political bands which have connected them with another, and to assume among the powers of the earth, the separate and equal station to which the Laws of Nature and of Nature’s God entitle them, a decent respect to the opinions of mankind requires that they should declare the causes which impel them to the separation. 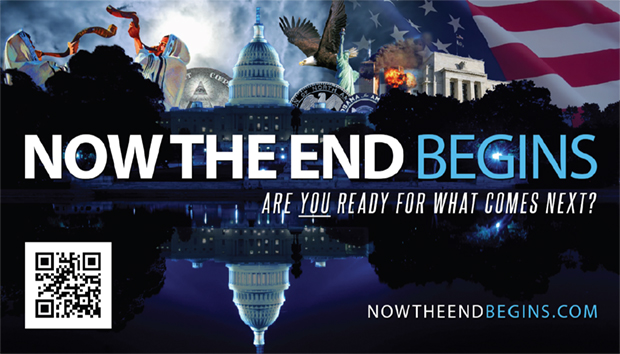 While there is still time left, reach the lost for Jesus Christ. Click to order!

We hold these truths to be self-evident, that all men are created equal, that they are endowed by their Creator with certain unalienable Rights, that among these are Life, Liberty and the pursuit of Happiness.–That to secure these rights, Governments are instituted among Men, deriving their just powers from the consent of the governed, —That whenever any Form of Government becomes destructive of these ends, it is the Right of the People to alter or to abolish it, and to institute new Government, laying its foundation on such principles and organizing its powers in such form, as to them shall seem most likely to effect their Safety and Happiness. Prudence, indeed, will dictate that Governments long established should not be changed for light and transient causes; and accordingly all experience hath shewn, that mankind are more disposed to suffer, while evils are sufferable, than to right themselves by abolishing the forms to which they are accustomed. But when a long train of abuses and usurpations, pursuing invariably the same Object evinces a design to reduce them under absolute Despotism, it is their right, it is their duty, to throw off such Government, and to provide new Guards for their future security.–Such has been the patient sufferance of these Colonies; and such is now the necessity which constrains them to alter their former Systems of Government.

1776 is calling, America…but is anyone listening?