The four Republicans who went against their party to help legalise gay marriage in New York are already under attack from conservatives. The senators made the decision in a... 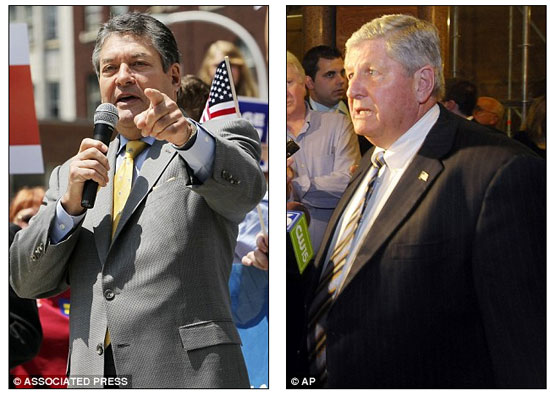 Don’t blame the Liberals for this one

The four Republicans who went against their party to help legalise gay marriage in New York are already under attack from conservatives. The senators made the decision in a vote of conscience which went against the party line, choosing instead to side with Democrats and usher in the historic legislation last night.

Today the chairman of the Conservative Party, a small but influential group in the state, condemned the four for what he described as a ‘betrayal’, and said they had lost his party’s support.

But the group – James Alesi, Roy McDonald, Stephen Saland and Mark Grisanti – were praised by Governor Andrew Cuomo, who described them as ‘people of courage, people of principle.’

The four all knew the votes of conscience could cost them their political careers, but they said they felt they had to do the right thing. 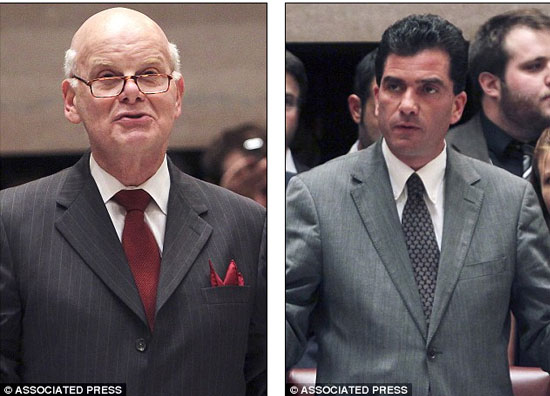 Under fire: Stephen Saland, left, and Mark Grisanti, right, also went against the Republican party line to vote for the legislation of same-sex marriage in New York, in a landmark decision on Friday night

With 19 million people living in New York state – including 42,000 gay couples – the decision meant that with the flourish of a pen, the number of such couples living in states that allowed gay marriage more than doubled overnight.