Nine Scary, Real Technologies That Will Soon Be Implanted Inside You

Technology will move from existing outside our bodies to residing inside us. That's the next big frontier. Here are nine signs that implantable tech is here now, growing rapidly,... 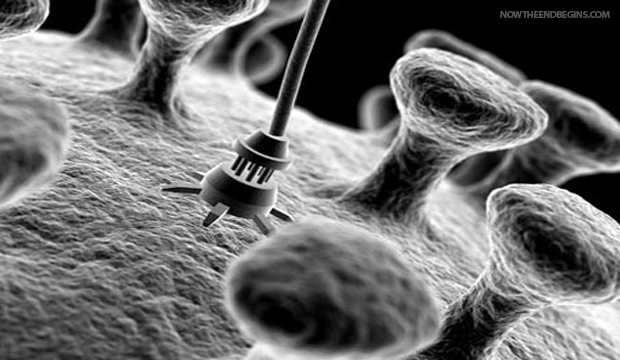 Imagine swarms of these nano-devices, called motes, attacking early cancer or bringing pain relief to a wound or even storing critical personal information in a manner that is deeply encrypted and hard to hack.
by Geoffrey Grider October 20, 2014
NOW THE END BEGINS SHARE:

Implantable everything is right around the corner, there is no stopping it

“But thou, O Daniel, shut up the words, and seal the book,even to the time of the end: many shall run to and fro, and knowledge shall be increased.” Daniel 12:4

The world we live in is finally starting to catch up with the King James Bible, at least a little bit. Thousands of years ago, God declared through His prophets that  in the last days there would be an explosion of knowledge, and that the sealed books given to Daniel would be opened. He also said that as this was happening, a man of dark countenance would rise and deceive the whole world. As you read this, we stand poised on the razor’s edge of prophetical history. One group, the blood-bought redeemed of the Lord Jesus Christ, wait in anticipation of the Blessed Hope found in Titus 2:13. Everyone else is unwittingly waiting for the Man of Sin to step out of the shadows and onto the world stage.

Our question to you is this – which group are you in?

Wearables will have their moment in the sun, but they’re simply a transition technology. Technology will move from existing outside our bodies to residing inside us. That’s the next big frontier. Here are nine signs that implantable tech is here now, growing rapidly, and that it will be part of your life (and your body) in the near future. 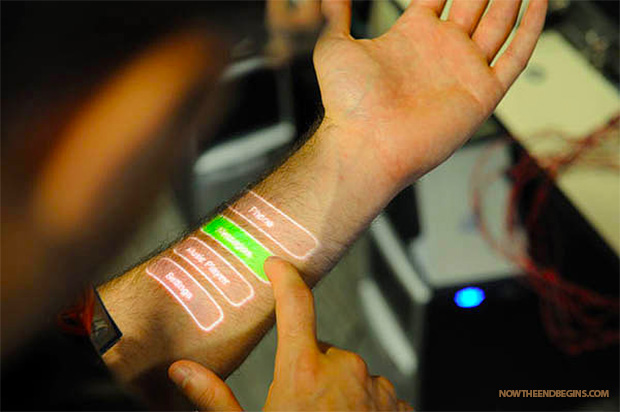 But what takes the place of the screen if the phone is inside you? Techs at Autodesk are experimenting with a system that can display images through artificial skin. Or the images may appear in your eye implants.

Researchers are experimenting with embedded sensors that turn human bone into living speakers. Other scientists are working on eye implants that let an image be captured with a blink and transmitted to any local storage (such as that arm-borne RFID chip).

Right now, patients are using cyber-implants that tie directly to smartphone apps to monitor and treat diseases. A new bionic pancreas being tested at America’s Boston University, for instance, has a tiny sensor on an implantable needle that talks directly to a smartphone app to monitor blood-sugar levels for diabetics.

Scientists in London are developing swallowable capsule-sized circuits that monitor fat levels in obese patients and generate genetic material that makes them feel “full”. It has potential as an alternative to current surgery or other invasive ways to handle gross obesity.

Dozens of other medical issues from heart murmurs to anxiety have implant/phone initiatives under way.

3. Cyber pills that talk to your doctor

Implantables won’t just communicate with your phone; they’ll chat up your doctor, too. In a project named Proteus, after the eensy body-navigating vessel in the film Fantastic Voyage, a British research team is developing cyber-pills with microprocessors in them that can text doctors directly from inside your body.

The pills can share (literally) inside info to help doctors know if you are taking your medication properly and if it is having the desired effect.

The Gates Foundation is supporting an MIT project to create an implantable female compu-contraceptive controlled by an external remote control. The tiny chip generates small amounts of contraceptive hormone from within the woman’s body for up to 16 years. 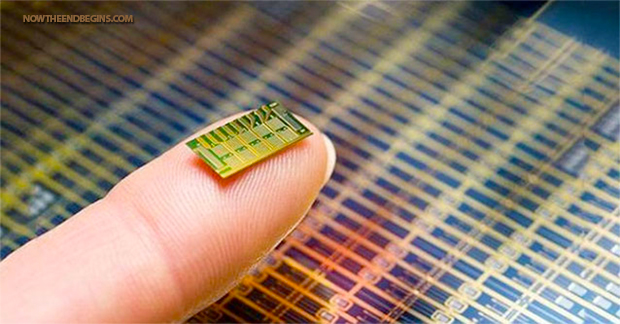 Implantation is no more invasive than a tattoo. And, “The ability to turn the device on and off provides a certain convenience factor for those who are planning their family.”, said Dr Robert Farra of MIT.

Tattoos are hip and seemingly ubiquitous, so why not smart, digital tattoos that not only look cool, but can also perform useful tasks, like unlocking your car or entering mobile phone codes with a finger-point?Researchers at the University of Illinois have crafted an implantable skin mesh of computer fibers thinner than a human hair that can monitor your body’s inner workings from the surface.

A company called Dangerous Things has an NFC chip that can be embedded in a finger through a tattoo-like process, letting you unlock things or enter codes simply by pointing. A Texas research group has developed microparticles that can be injected just under the skin, like tattoo ink, and can track body processes.

All of these are much wiser choices than the name of a soon-to-be-ex.

As the BrainGate website says, “using a baby aspirin-sized array of electrodes implanted into the brain, early research from the BrainGate team has shown that the neural signals can be ‘decoded’ by a computer in real-time and used to operate external devices.”

“Imagine being able to surf the Web with the power of your thoughts.”

One of the challenges for implantable tech has been how to get power to devices tethered inside or floating around in human bodies. You can’t plug them in. You can’t easily take them out to replace a battery.

A team at Draper Laboratory in Cambridge, Massachusetts, is working on biodegradable batteries. They generate power inside the body, transfer it wirelessly where needed, and then simply melt away. Another project is looking at how to use the body’s own glucose to generate power for implantables.

Think the potato battery of grammar school science, but smaller and much more advanced.

Perhaps the most startling of current implantable innovations is smart dust, arrays of full computers with antennas, each much smaller than a grain of sand, that can organize themselves inside the body into as-needed networks to power a whole range of complex internal processes.

Imagine swarms of these nano-devices, called motes, attacking early cancer or bringing pain relief to a wound or even storing critical personal information in a manner that is deeply encrypted and hard to hack.

With smart dust, doctors will be able to act inside your body without opening you up, and information could be stored inside you, deeply encrypted, until you unlocked it from your very personal nano network.

Implantables hammer against social norms. They raise privacy issues and even point to a larger potential dystopia. This technology could be used to ID every single human being, for example.

Already, the US military has serious programs afoot to equip soldiers with implanted RFID chips, so keeping track of troops becomes automatic and worldwide. Many social critics believe the expansion of this kind of ID is inevitable.

Some see it as a positive: improved crime fighting, universal secure elections, a positive revolution in medical information and response, and never a lost child again. Others see the perfect Orwellian society: a Big Brother who, knowing all and seeing all, can control all.

And some see the first big, fatal step toward the Singularity, that moment when humanity turns its future over to software.