Although USA fans in Vancouver dressed themselves in red, white, and blue, the U.S. Women 2015 World Cup Champions conspicuously did not. The team did, however, wear their black,... 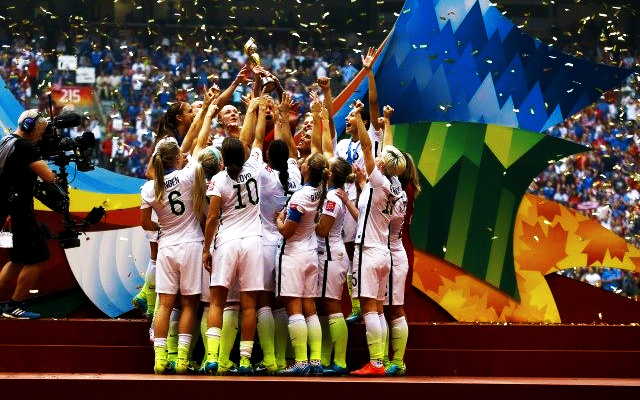 EDITOR’S NOTE: Nike’s decision to dress the US Women’s Team in non-red, white and blue is indicative of the unpatriotic sentiment that has slithered across America since 2008. Patriotism in no longer cool in a post-American society led by a post-American president.

Although USA fans in Vancouver dressed themselves in red, white, and blue, the U.S. Women 2015 World Cup Champions conspicuously did not. The team did, however, wear their black, white, neon green, and yellow—Nike colors.

New York Post columnist Phil Mushnick asserts that the corporate take over of the uniforms by Nike, the enabling by Fox for not denouncing the team’s wardrobe, and the diminution of national pride, reminds him of the message in one of Charlie Chaplin’s most iconic silent movies.

Whatever happened to patriotism?

Mushnick writes that the “intentionally silent” 1936 movie  Modern Times “celebrates progress as relentless while condemning it as soulless. Its ostensible ‘beneficiaries’—people—are run through, ground up and spit out by the toothy wheels of progress.” 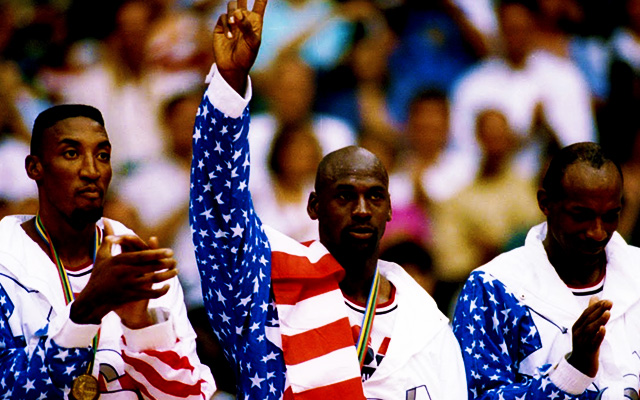 The way it used to be.

Its seems impossible to Mushnick that America could have lost its way so drastically since the 1992 Olympic Dream Team in Barcelona. There, the players wore the red, white, and blue uniforms and draped themselves in the flag, making sure to cover any Reebok logos as they accepted their gold medals. Sports writer Jack McCallum referred to them as a “red, white, and blue dream.”

But Nike has a special way of calling the shots, claims Mushnick: “Nike shoves it in everyone’s face: ‘Look! We can make the Blue Devils and Scarlet Knights wear black. We can mess with nations’ colors, force national teams to wear colors we’re selling. Red, white and blue? Don’t be a sap!’”

Mushnick Blames Fox as much as Nike for the uniform betrayal, writing: “Despite what was painfully and curiously obvious to everyone over the U.S. team’s last two games, FOX and its battalion of commentators chose to play stupid and play us for stupid. Not a peep as to why the team that appeared in weeks of FOX graphics as red, white and blue betrayed the nation’s colors?” source