In The Midst Of Global Coronavirus Panic, Facebook Decides Now Is A Good Time To Roll Out Their All-New FB5 Interface Design For Desktops

Don't have a meltdown. It's been many years since a massive design change came to Facebook, so this news is both welcomed and much-needed, even if it's jarring. To help you navigate the change, we're breaking down what to expect.

In the history of Facebook, there have been four major redesigns. The latest one, FB5, otherwise known as The New Facebook, might be the most dramatic of them all. It’s a total shift in how Facebook looks and works on desktop and mobile.

While doing routine maintenance on my computer today, I cleaned out all my cookies and web cache, logged out of everything and then restarted. Truly I was not prepared for what awaited me when I logged back into Facebook, the site (pun intended) that greeted my eyes was something akin to digital snow blindness. It was very bright and very white, for a moment or two I was truly baffled. Then I remembered that this was the all-new Facebook interface design that finally got rolled out. And yes, it comes with Dark Mode if white is not your favorite flavor.

Being a long-term user of the platform, I can well recall other major updates like the news feed in the home section, and various others that at first I didn’t like but then came to appreciate. I have a feeling that it’s going to be the same with FB5, I am not used to the cleanness of it certainly, but as someone who has spent 20 years in UI/UX design,  almost instantly it began to grow on me. Maybe this is just the diversion people need to get their mind off of the coronavirus pandemonium, if even just for a short time.

If you are not seeing the new look of FB5 on your desktop Facebook page, do what I did. Clean out all cookies and cache from your web browser, log out and then log back in again and you should see it. Please comment below how you do or do not like it.

The New Facebook FB5 update: How the all-new design looks and works

FROM POCKET LINT: Don’t have a meltdown. It’s been many years since a massive design change came to Facebook, so this news is both welcomed and much-needed, even if it’s jarring. To help you navigate the change, we’re breaking down what to expect.

At the F8 2019 conference, Facebook executives announced the social network plans to push out a massive redesign called The New Facebook. It’s an interface update that will place a bigger emphasis on Groups and Events – two of the biggest reasons people visit Facebook on a daily basis. This subsequently also means that the News Feed will be featured way less in The New Facebook.

Both the desktop website and the mobile app will automatically receive the update, hopefully making Facebook easier to navigate while also modernizing its look for the new decade. Facebook described it as a cleaner design, with more of an all-white look and even a dark mode option.

Facebook originally promised the redesign would begin immediately rolling out to mobile users, with desktop users to follow later.

As of January 2020, the update for desktop users is missing in action. But, according to CNET, Facebook has finally begun giving some users access to the new look on the web. Facebook itself has confirmed it plans to offer the update “more broadly” by spring 2020.

It’s already rolling out to mobile users. To get it, make sure you’re running the latest version of the Facebook mobile app.

Visually, Facebook’s redesign is carried throughout the desktop and mobile apps. It’s a cleaner, brighter, more contemporary Facebook. Here’s a look at CEO Mark Zuckerberg showing off the mostly-white design at the F8 2019 conference:

If you’re not a fan o

If you’re not a fan of all the bright look, you’ll be happy to know that, because dark modes have become a huge trend in the past year, Facebook has decided to offer its own dark mode for web users in this update. (Go here to learn how to get this dark mode now for Messenger.)

Here’s a quick video from Facebook showing off the look:

People will start seeing some of these updates in the Facebook app right away, and the new desktop site will come in the next few months.

Here’s a closer look at FB5, including Dark Mode for web, coming soon. 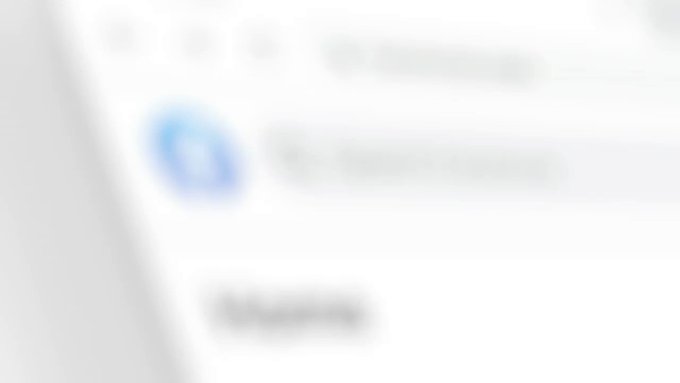 1,307 people are talking about this

Perhaps the biggest change to Facebook is the News Feed. Facebook is doubling down on group communities and private interactions and has suggested we can expect a major disruption in how we get our content from Facebook in the future. It floated the notion that friends and family should be the core of our social lives. So, Facebook Groups will now be prioritised and surfaced more to you.

That doesn’t mean the News Feed is dead. In fact, press imagery for The New Facebook still shows a stream of status updates.

Facebook said the Groups Tab has been overhauled to make finding new groups that you might be interested in even easier. The feed for groups will also serve up recent activity within groups you’re a member of and may even replace the News Feed as the default feed. You’ll also see more connections among groups and the Facebook features you use the most, such as Marketplace or Facebook Watch.

There will also be new features events and for specific communities, like Chat for Gaming Groups, as well as interaction improvements for Facebook Live and those who use it for buying and selling purposes. READ MORE

Everything You Need To Know About The New Facebook FB5 Design