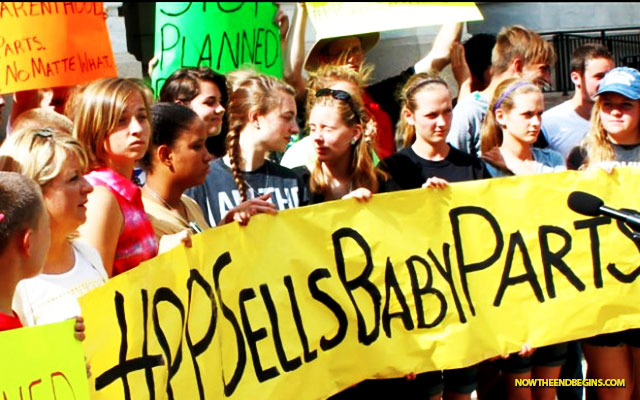 Recently released hidden-camera videos by the Irvine-based Center for Medical Progress, an anti-abortion organization, spurred controversy over the use of tissue from aborted fetuses for medical research. The videos, which recorded Planned Parenthood physicians discussing procedures for extracting fetal organ tissue, triggered national outrage by abortion opponents and led to political debate over whether federal funding for the reproductive health nonprofit should be cut.

“Obviously, when the videos came out, I was completely shocked,” said Claire Miller, 19, of Torrance, who organized Saturday’s protest at the Planned Parenthood office in Lawndale. “They’re performing illegal partial-birth abortions and they’ve been profiting off the body parts of these dead children.”

In the past three weeks, Miller said she has reached out to local churches, various anti-abortion advocacy groups, and family and friends to join in the Lawndale protest. “I must have reached out to 2,000 people,” said Miller, a former member of the Riverside-based Survivors of the Abortion Holocaust.

WHAT: Protest PP’s harvesting and selling of aborted baby parts

WHERE: Over 300 Planned Parenthood facilities across America