Over the past month, the world's media has been awash with gruesome images depicting Muslim Islamist insurgent barbarism whether in Iraq, Afghanistan, Kenya, Palestine or Syria.... 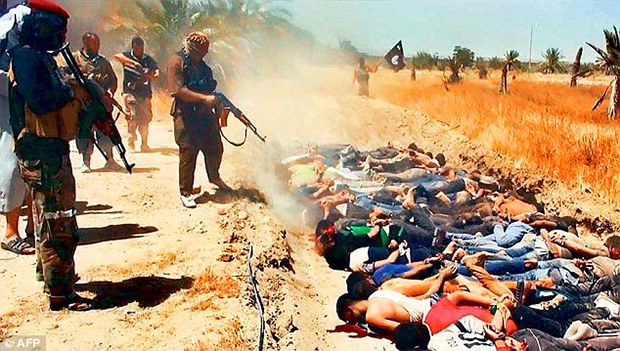 Islam is the religion of pieces

In the 1940’s, the Nazis proved themselves to be an inexhaustibly barbaric race of people, performing ghastly torture, inhumane medical experimentation and creating sky-high death tolls in the tens of millions. It was not just that they were cruel, but how much they enjoyed doing it that struck such fear in the heart of their victims.

In our day, the Muslims and Islam have picked up the Nazi mantle of demonic activity, and in the name of Allah creating rivers of blood around the world.

The Daily Mail UK reports today that over the past month, the world’s media has been awash with gruesome images depicting insurgent barbarism whether in Iraq, Afghanistan, Kenya, Palestine or Syria. The terror groups behind these acts appear to relish their growing publicity, increasingly courting online platforms such as Twitter and Facebook to promote their hate-filled agendas of murder and oppression.

Iraq: Images of Iraqi men being rounded up at gunpoint, beaten, herded into lorries and shot dead in a ditch in the desert by a row of masked ISIS fanatics sent shockwaves across the world

Professor Lee Marsden, and international terrorism expert and head of East Anglia University’s School of Political, Social and International Studies, said: ‘The levels of brutality seen here by ISIS and al-Shabaab, are no different from what we have seen before. 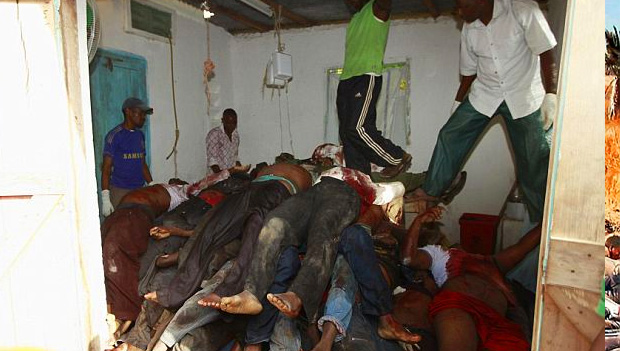 Kenya: Residents look at slain bodies of people killed when unidentified gunmen attacked the coastal Kenyan town of Mpeketoni – the latest in a string of Islamic militant attacks across two continents that have shocked the world

‘What is changing, however, is the way these groups publicize their acts to maximize coverage.

‘Clearly an element of publicizing such acts on the internet is to show other terror groups what these groups are capable of and the lengths to which they will go to promote their cause. 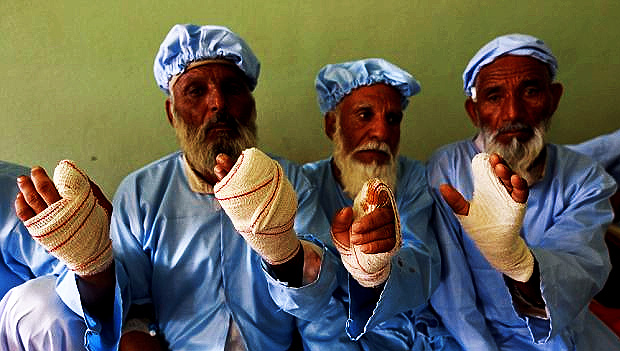 Afghanistan: Taliban insurgents sliced off the fingers of 11 people as punishment for voting in Afghanistan¿s democratic presidential election while 60 people were killed in a series of rocket barrages and scattered attacks

‘Certainly in Iraq, which is widely regarded as being a tool of the Americans – anything that shows they can defeat the Iraqi army is not just a defeat of Shia forces but also a victory over the West. And it makes for a very powerful recruiting tool.’ source – Daily Mail UK