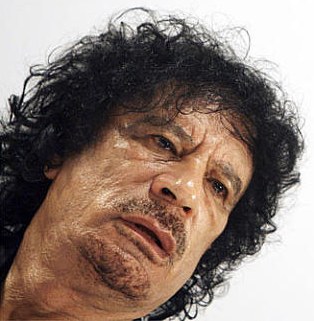 His killing, which came swiftly after his capture near Sirte, is the most dramatic single development in the Arab Spring revolts that have unseated rulers in Egypt and Tunisia and threatened the grip on power of the leaders of Syria and Yemen.

“He (Gaddafi) was also hit in his head,” National Transitional Council official Abdel Majid Mlegta told Reuters. “There was a lot of firing against his group and he died.”

Mlegta told Reuters earlier that Gaddafi, who was in his late 60s, was captured and wounded in both legs at dawn on Thursday as he tried to flee in a convoy which NATO warplanes attacked. He said he had been taken away by an ambulance.

There was no independent confirmation of his remarks.

An anti-Gaddafi fighter said Gaddafi had been found hiding in a hole in the ground and had said “Don’t shoot, don’t shoot” to the men who grabbed him.

His capture followed within minutes of the fall of Sirte, a development that extinguished the last significant resistance by forces loyal to the deposed leader.

The capture of Sirte and the death of Gaddafi means Libya’s ruling NTC should now begin the task of forging a new democratic system which it had said it would get under way after the city, built as a showpiece for Gaddafi’s rule, had fallen.

Gaddafi, wanted by the International Criminal Court on charges of ordering the killing of civilians, was toppled by rebel forces on August 23 after 42 years of one-man rule over the oil-producing North African state.

NTC fighters hoisted the red, black and green national flag above a large utilities building in the center of a newly-captured Sirte neighborhood and celebratory gunfire broke out among their ecstatic and relieved comrades. source – Reuters