Bin Laden Dead, Killed In Airstrike, US Has Body 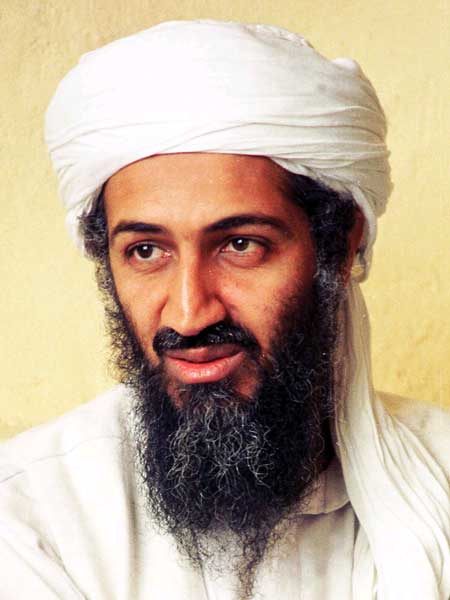 Osama Bin Laden dead…? How interesting that this is happening at the start of the 2012 Presidential campaign. Hmmm…..

Osama bin Laden, hunted as the mastermind behind the worst-ever terrorist attack on U.S. soil, has been killed, sources told ABC News.

His death brings to an end a tumultuous life that saw bin Laden go from being the carefree son of a Saudi billionaire, to terrorist leader and the most wanted man in the world.

Bin Laden created and funded the al Qaeda terror network, which was responsible for the Sept. 11, 2001, attacks on the United States. The Saudi exile had been a man on the run since the U.S.-led invasion of Afghanistan overthrew the ruling Taliban regime, which harbored bin Laden.

In a video filmed two months after the Sept. 11 attacks, bin Laden gloated about the attack, saying it had exceeded even his “optimistic” calculations. “Our terrorism is against America. Our terrorism is a blessed terrorism to prevent the unjust person from committing injustice and to stop American support for Israel, which kills our sons,” he said in the video. source – ABC Newsight

(Reuters) – Al Qaeda leader Osama bin Laden was killed Sunday in a firefight with U.S. forces in Pakistan and his body was recovered, President Barack Obama announced Sunday.  “Justice has been done,” Obama said in a dramatic, late-night White House speech announcing the death of the elusive mastermind of the September 11, 2001, attacks on the New York and Washington.Obama said U.S. forces led the operation that killed bin Laden. No Americans were killed in the operation and they took care to avoid civilian casualties, he said. “The United States has conducted an operation that killed Osama bin Laden, the leader of al Qaeda and a terrorist who is responsible for the murder of thousands of men, women and children,” Obama said.

It is a major accomplishment for Obama and his national security team, after many Americans had given up hope of ever finding bin Laden.