Saudi Arabia will pay $200 million to the Palestinian Authority, the official Palestinian news agency said on Monday, funds that will ease a financial crisis faced by the authority... 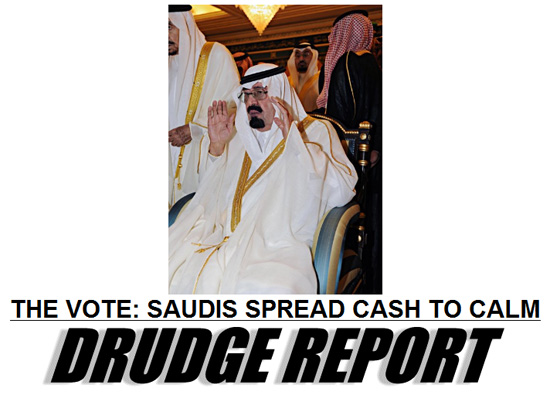 (Reuters) – Saudi Arabia will pay $200 million to the Palestinian Authority, the official Palestinian news agency said on Monday, funds that will ease a financial crisis faced by the authority as it prepares to apply for full U.N. membership this week.

Saudi Arabia firmly supporting the creation of a Palestinian state

A shortfall in funding from Arab states including Saudi Arabia had been identified as the cause of the crisis which has highlighted the authority’s vulnerability as President Mahmoud Abbas prepares to press the Palestinians’ statehood agenda at the U.N. General Assembly meeting in New York.

Last week, both the International Monetary Fund and the World Bank identified the authority’s financial crisis as a danger to the state-building program which Fayyad’s administration has led over the last two years.

In the last three months, the authority has twice failed to pay salaries to its 150,000 employees on time and in full. The success of the state-building plan was one of the reasons cited by Palestinian officials for their decision to go to the United Nations, despite U.S. and Israeli opposition.

The Palestinian Authority, which exercises limited self government in parts of the Israeli-occupied West Bank, remains reliant on foreign aid to fill a deficit projected at $900 million this year.

WAFA said Alassaf called Fayyad while the Palestinian prime minister was on his way back to the Middle East from New York, where he had attended a meeting of international donors which support the Palestinian Authority.

The Fayyad plan aimed to ready the Palestinians for the establishment of an independent state in the West Bank, the Gaza Strip and East Jerusalem — territories occupied by Israel in the 1967 Middle East war.

But the U.S.-backed peace process which they hoped would yield their independence has ground to a halt — another reason Palestinian officials give for pursuing their diplomatic step at the United Nations.

Abbas has said he will on Friday submit an application for full membership for a state of Palestine. The United States, another major donor to his administration, has said it will block such a move.

Washington says only direct talks between Israel and the Palestinians can advance the cause of peace.

Last month, Abbas appealed for Arab financial support to help the Palestinians deal with “pressures and threats” from Israel and its allies which he said were a risk to the plan to seek U.N. recognition of Palestinian statehood. source – Reuters