Michelle Obama grasped a Communist Red Chinese flag in both hands, and got to jumpin' and shoutin' the likes of which she has never displayed for things American. There... 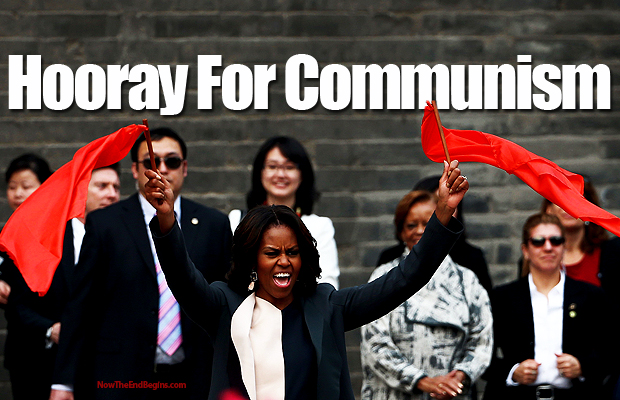 Both Barack and Michelle Obama have a “flag problem” that has followed them around the entire time they have been campaigning for and serving in the White House. You will remember back in 2008 when Barack Obama adamantly refused to wear the American flag pin on his lapel like every other candidate. 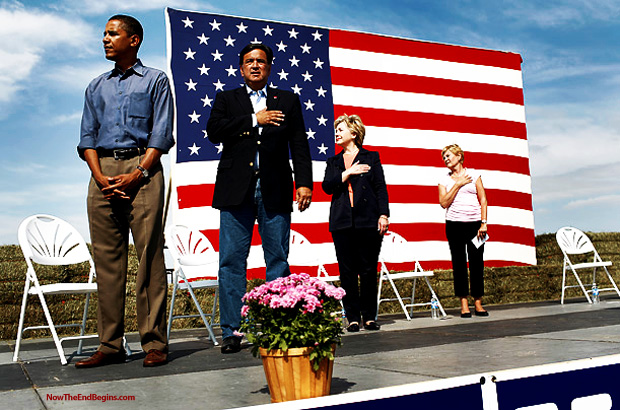 Remember this one? The Obama’s would rather you forget it…

Or how about this image from the campaign trail when Barack Obama was the only one with their hand not over their heart during the playing of the National Anthem? Even back then, the Obama’s were telling us who they where and what they believed…but America wouldn’t listen.

Now flash-forward to Michelle Obama’s 2014 trip to Communist Red China. Land of the deplorable human rights, persecution of Christians, and the demonic One Child Policy that kills girl babies.

A search on Google could not find one, single photo of Michelle Obama waving an American flag, much less two of them.

It was in this environment that Michelle Obama grasped a Communist Red Chinese flag in both hands, and got to jumpin’ and shoutin’ the likes of which she has never displayed for things American. There is no known image that exists of her doing the same thing with the American flag.

Michelle Obama has famously said that “For the first time in my adult lifetime, I’m really proud of my country, and not just because Barack has done well, but because I think people are hungry for change.” Imagine the only time being proud of America is when you get access to limitless taxpayer funds to fuel your lavish lifestyle.

America, both Barack and Michelle Obama continue to tell you who they are…will you ever believe them?