Mall Of America Attacked By Thousands Of #BlackLivesMatter Rioters

The spirit of anarchy and rebellion, thanks to the race baiting hate speech of Liberals, has descended upon America with seemingly no end in sight. ... 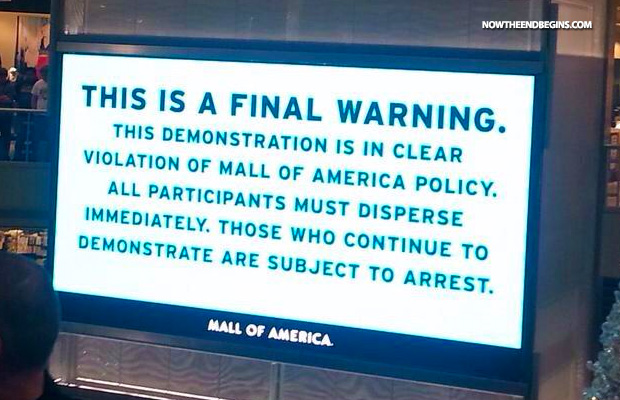 “I’m letting the world know that we’re not going to take this anymore,” Emma Eubanks, a 18-year-old protester said just before the event began.

The spirit of anarchy and rebellion, thanks to the race baiting hate speech of Liberals, has descended upon America with seemingly no end in sight. For months now, protesters, I call  them rioters, have been stopping lanes of traffic on interstates, burning down minority-owned businesses, and anything else they can think of to snarl the system. This weekend they went to the Mall Of America where tens of thousands of holiday shoppers were trying their best to finish their Christmas shopping and spend and enjoyable day with family, and ruined that too. 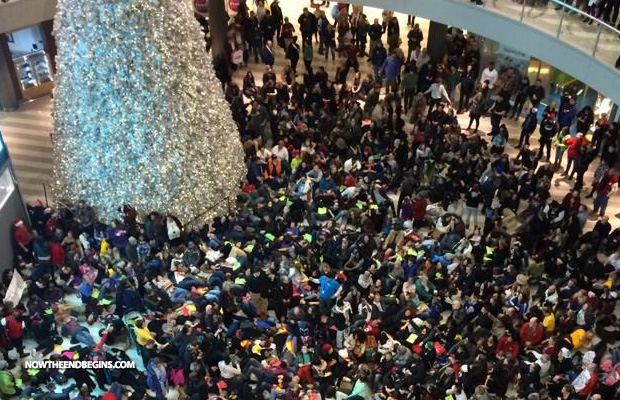 Scene from the Mall of America, posted December 20 at 3:54PM CT

On one of the busiest shopping days of the year, thousands of #BlackLivesMatter protesters packed the Mall of America outside Minneapolis on Saturday to call for police reform in the wake of the officer-involved deaths of Michael Brown and Eric Garner.

“I’m getting my feelings out and I’m letting the world know that we’re not going to take this anymore,” Emma Eubanks, a 18-year-old protester  told Fusion just before the event began.

Upon hearing the news that two police officers had been killed in New York by a fugitive gunman, Eubanks (who is the subject of the video above), said she “didn’t condone violence” and that her heart was with the families of the slain officers. She worried that the killings could “provoke a wave of anger and hate” against black activists and those pushing for police reforms.

This is the “brave, new America” that the race baiters are creating. And they couldn’t be happier.

The mall had sent a letter to organizers warning that  anyone protesting in in the mall could be “removed, arrested and banned.” As demonstrators gathered near the rotunda, an electronic billboard flanked by large Christmas trees switched from holiday shopping themed messages to an ominous warning, written in all-caps.

Protesters ignored the sign, and chants of “hands up, don’t shoot” drowned out police calls to disperse.