Taking into account the possibility of an Israeli attack on Iran during the 2012 Summer Games, the Olympic committee in charge of the London event has formed a special... 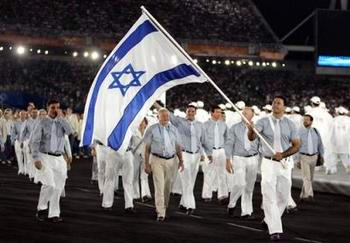 Taking into account the possibility of an Israeli attack on Iran during the 2012 Summer Games, the Olympic committee in charge of the London event has formed a special team to prepare for the contingency.

According to the Hebrew daily Yedioth Ahronoth on Wednesday., the team — consisting of politicians, diplomats, security officials and organizing committee personnel — wrote in a report that such a strike was entirely possible.

Yedioth reported that the team was also preparing for the possibility of an earthquake or volcanic eruption.

England is thought to be within the range of Iranian missiles and UK officials believe that a military confrontation between Jerusalem and Tehran could involve the country against its will.

The special team listed a number of steps that would need to be taken in the event of such a conflict, among them: opening a special command center, providing secret safe houses for foreign leaders wishing to meet for diplomatic purposes, and preparing for emergency evacuations of dignitaries.

The team said England would have to guarantee the safety of the athletes and the continuation of the Games, as well as make sure Israeli and Iranian athletes are kept away from each other.

Yedioth reported that the recommendations were passed on to the police, who practiced dealing with the mass protests that could erupt if war broke out. source – Times Of Israel